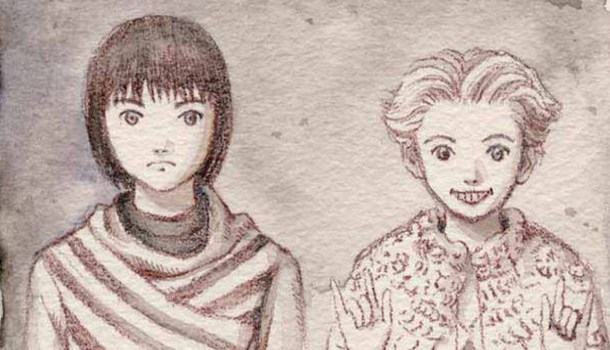 
One Peace Books were kind enough to put us in touch with Laura Egan, the translator for Usunaru Furuya's The Music of Marie (Marie no kanederu ongaku). So without further ado:

Do you think there's a difference in how you translated The Music of Marie now than if it were translated when it first came out?

In a word, no. The story doesn’t tie directly to any specific time period that we’re familiar with, so it doesn’t incorporate much slang or many references to pop culture trends, which means the dialogue and other text has a timeless feel to it, both in Japanese and English.

Did translating this manga differ in any major way from other manga or projects you've worked on?

This is my first translation of a manga to get a print release, so I’m very excited about that! But as for The Music of Marie itself, I would say that working on it was similar to other projects to a surprising degree. One thing I love about both manga and translation in general is that it’s not limited to a specific genre or topic, so I’m able to draw on all different kinds of experiences in a variety of fields. I also had a long lead time to complete the translation, which isn’t the case for every manga project, so it was great not needing to rush. If anything, I’d say one thing special about The Music of Marie is that there’s relatively little text on the pages, enough to keep the story moving while letting the reader enjoy the amazing artwork. It’s also a little unusual for manga to have a complete story within a single volume, so it was nice to be able to have the full context and work without having to be wary that any future yet-to-be-released volumes would invalidate any part of the translation.

This manga was translated to French and Spanish years before this official English translation. Do you have any thoughts on that, and why do you think it took over two decades for this manga to reach English-speaking shores?

I am by no means an expert in the English-language manga market much less the French- and Spanish-language markets, but there are definitely certain parts of The Music of Marie that I can see publishers hesitating about when this story was originally written around the turn of the millennium. Since then and since 2016 when The Music of Marie was re-released as a single volume, the market has grown significantly. I think it may have taken a while for the U.S. and other English-speaking cultures to reach the understanding that French- and Spanish-speaking cultures may have already had that manga and comics aren’t just for kids. Given those factors, I think it’s possible now for English-language publishers to bring over a greater variety of stories and go through older works to see which ones may have been overlooked, and have them be successful in an English-language market that wasn’t ready for them when they were originally released in Japanese. 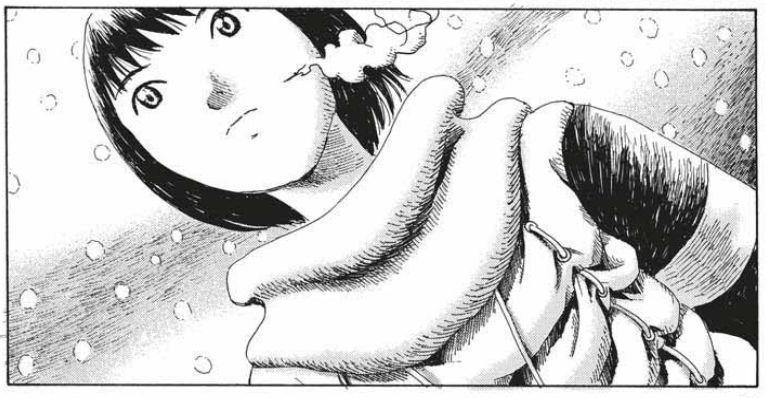 The Japanese title can translate to “The Music That Marie Plays,” but all the international titles shorten it to “The Music of Marie.” Why do you think this is the case?

Another rough way of translating it is “Marie’s Playing-Music”. The act of translation always involves balancing a smooth read in the translated language with word meanings and grammatical structures that don’t line up one-to-one from the original language, and this title is no different. I think “The Music of Marie” just rolls off the tongue more naturally. In addition, while the music of Marie, Marie’s music, is central to the themes of the story, I’d have to say that the fact that Marie is the one actively playing it is not, though some readers may disagree. It takes most of the book to understand the details of how and if Marie is playing the music, so I believe the English and international titles capture that ambiguity.

How long have you been studying Japanese, and how did you go about learning the language?

I’ve been studying Japanese since 2009, so a little over thirteen years now. The main ways I studied were through formal classes as an undergraduate and by living in Japan while teaching English, but I’ve supplemented that through self-study, reading and listening to media in Japanese, and engaging with other speakers of Japanese whenever possible. Manga has been a huge driver in my learning over the years, so I’m beyond thrilled to make this official debut as a manga translator.

Were there any difficulties in translating this manga? Anything that was unique?

Not too much, actually! It was pretty par for the course! In any translation from a language like Japanese that doesn’t use the same alphabet as English, I’d say there are some words and names that you go back and forth on deciding which equivalent word or spelling in English would be best, such as clockwork vs. automaton or Pipi vs. Pippy, but editor Eric Margolis and I collaborated on decisions such as those, and I’m happy with the final result. For a quick behind-the-scenes look into the translation process, I can point out two pages, but wait until after you read to look these up so they don’t interfere with your reading experience! For the second panel on page 198, I actually spent a lot of time reading up on how engines work, not only to be sure that we were looking at existing human technology and not some fantastical creation, but also to make sure that anyone who was reading for all the cool technology and DID know how engines work wasn’t distracted by inaccurate phrasing. I’d also like to point out how the English text fits in the three narrow bubbles in the last panel on page 244. Japanese is written vertically in manga and the shape of the text boxes doesn’t change to accommodate the translation, so between some calculated translation choices and a lot of hard work by letterer Elena Pizarro, we’re able to experience all of the beautiful artwork throughout the manga while enjoying a smooth reading experience in English.

We'd like to thank Laura for her time. You can read our review of the wonderful The Music of Marie here.

A part-time reviewer these days of video games.