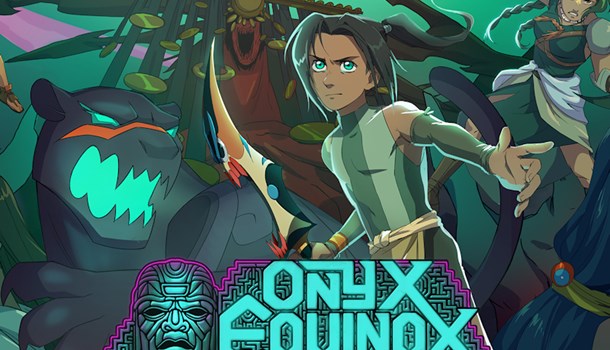 
Crunchyroll has unveiled it's latest original series, Onyx Equinox, which is coming soon to the service. Enjoy the trailer below:

Meet Izel, the Aztec boy who is chosen to save mankind after the gods clutch him from the jaws of death. He's the star of Crunchyroll's new Originals series Onyx Equinox, a story that takes viewers on a journey across ancient Mesoamerica.

Onyx Equinox is a Crunchyroll Studios Production created by Sofia Alexander (The Powerpuff Girls, Infinity Train). The series, which is in English, is coming soon to Crunchyroll, the world's biggest anime streaming platform.