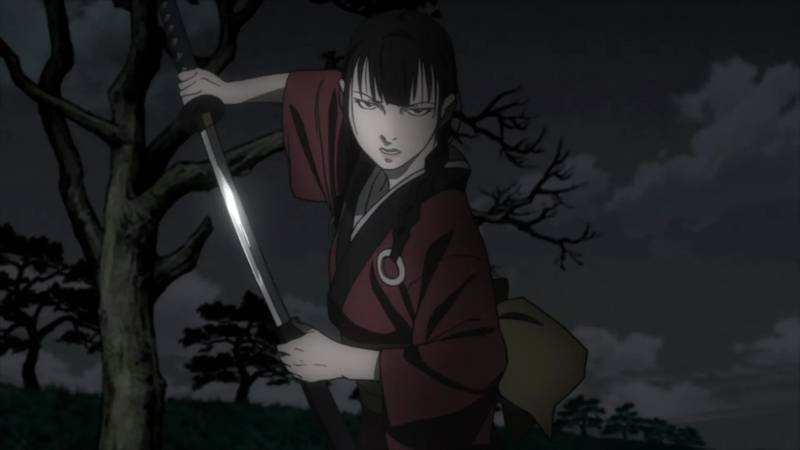 Blade of the Immortal Vol. 2

While the first volume of Blade of the Immortal had an interesting start, it took ages for it to get anywhere. With samurai series it is hard to see if a plot can be carved out of the relentless bloody battles - with this series seemingly following a similar path and being as short as it is, can the second volume show us something more interesting?

Volume two has Manji and Rin continue their bloody journey of revenge to find the leader of the Ittō-ryū. Along the way, the pair encounters samurai from the group and Manji steps up to his role of bodyguard. With plenty of people standing in their way, are they ever going to reach the end of their journey?

From the outset it looks as though volume two is going to do what I predicted back in the first volume. A samurai of some shape, form or skill appears and challenges Manji to a fight which more often than not ends up in a very bloody end. For those just looking for more bloody action, then you will get your dose of it here. But what about those looking for something more along the lines of a plot?

Surprisingly there is something that looks beyond the blood. Hell, it even gives some meaning to the pain and suffering that the samurai way of life seems to constantly inflict on the populous on Japan. If there is one thing the series has shown it's that the lines between good guy and bad guy are clearly not defined. While it is obvious who is going after whom, it is interesting to see the more complicated lives and relationships all the characters share, even if the protagonists and antagonists have very little in common with each other.

As a viewer you will be bombarded with questions about immortality, the futility of revenge and the reasons for picking up the sword to cut people down. Life isn’t as clear cut as people would like to think and if anything Blade of the Immortal shows, in its own slightly twisted way, what people do to survive or how they hold on to some sort of twisted code of ethics to justify unspeakable acts.

The fact that you get much more bang for your buck with the story here makes those opening episodes seem that much more bearable and even a little worthy of thanks for helping to set the scene for the series. The fact that by the second volume we are already getting a healthy mix of action and though-provoking plot is a rarity in this genre. Let’s just hope it can keep it up until the end of the series.

The standard Japanese and English soundtracks are available, along with a manga discussion group with Hiroaki Samura and editorial staff as well as the standard MVM trailers.

7
Adding more to the killing gives the series something far more interesting for the viewer.
COMMENT AND DISCUSS
blog comments powered by Disqus