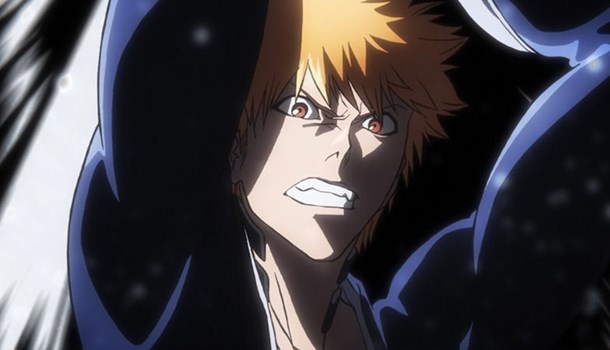 Funny thing. Back in the 00’s when anime and manga were really starting to hit these shores in a way we hadn’t seen before, the series that hooked my attention out of all the Shonen that was appearing on shelves was an innocuous little title with a non-sequitor for a name called Bleach. The core cast were all mid-to-late teens (seemingly) compared to the casts of many of their contemporaries, the main setting was somewhat more grounded than ninja villages or pirate quests, and creator Tite Kubo’s character designs were just achingly cool, draped around a story that just kept revealing more layers and fascinatingly designed characters, all of which translated into Bleach becoming one of Shonen Jumps “Big Three” alongside Naruto and One Piece.

Of course, all good things must come to an end and sadly Bleach’s proved somewhat ignominious, mired by filler arcs that ended up accounting for near half of the 366 episodes that aired, it ended abruptly in March of 2012 at the end of the then current arc that was being adapted from the manga. Now whilst the anime had ended, Bleach itself would continue through one final, epic arc in the manga, The Thousand Year Blood War, before ending with volume 74 in 2018. And for most of us fans we honestly thought that would be it – Sure we knew there was the odd game here and there for mobile devices, some attempts at live-action films and stage plays, but in terms of animation? We thought Beach was done. So it was no small surprise last year that it was announced that Bleach would be returning to small screens and animating the final, all-in arc of the manga. What was a surprise however was a scant few weeks ahead of the new anime’s premier, with no news on who would be streaming it (all assumptions were it would go to Crunchyroll given it had for years been home to streaming the original series), suddenly it was announced that The Mouse had entered the fray and Bleach would now find it’s home on the Disney+ service

The question at hand though, three episodes in, is Bleach: The Thousand Year War worth your time? Tentatively I’d have to say yes, although your mileage may vary depending on how much attachment you have to the original run (although I will give TTYBW credit, it does a pretty good job of introducing the setup for those coming in as new viewers). Visually it's a real treat so far, and I’m genuinely intrigued to see how having the full-arc available to adapt from the off will translate to this adaptation. I won’t deny though that the moment in the first episode when Ichigo’s fight music starts up brought a smile as that distinctive riff kicked in.

I do have one concern however, and that is Bleach’s already legendarily bloated cast of characters finding itself expanded by the addition of the Sternritter. Bleach has always been a franchise with impeccably designed characters who you want to know more about and see do cool stuff, the problem being that Kubo keeps. Adding. Even. More of them…

My only other real criticism is nothing to do with Bleach itself, but with the Disney+ player with regards to how it integrates subtitles. They do not auto-enable, when they do appear it's in distracting black boxes at the bottom of the screen and need to be disabled if you then watch something you don’t want subtitles for.  It’s admittedly more irksome than anything else but it is a mark against it.

8
Shows promise, lets see if it can keep up the momentum...