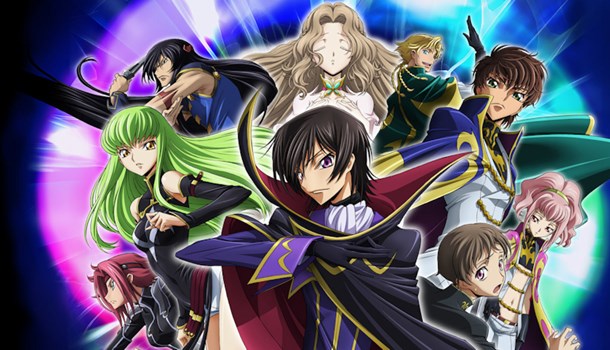 It’s barely been a month and we’re already blessed with the remaining half of Code Geass. I say blessed, because after the first volume it could only get better surely? I mean all the ingredients are there and everything is in place, what could possibly go wrong?

The final half of Code Geass kicks off from the cruel cliff hanger that Box 1 ended with and we discover some more twists and turns as this happens followed by that. To say any more would just spoil what is going to come up, so let’s just say it carries on from the last DVD.

Considering what the last DVD left us with, you would have thought the series would take a small break before throwing us back into it. But no, we kick off at a running pace and go headlong into the consequences of the last episode and watch things pan out with a new player brought into the scene. It’s all so damn exciting. The great thing is that the entire series manages to keep its pace all the way through right until the final curtain.

What is better about this volume is now that Box 1 has done all the ground work with introducing characters, scenes, plotlines and the such, the remaining half can squarely focus on grabbing the sides of the series and shaking it about to throw you completely off. Twists and turns happen by the bucket load and we actually get to see Lelouch act more like a human being - While he started off as another Light of Death Note, he is starting to see consequences to his actions and is now trying his best to react and deal with them. Before he was in complete control, but now his control is slipping and it becomes a constant battle to regain that handle on things while making sure that he doesn’t lose his footing in the process. It helps to coat things in more varied colours to the black and white of good versus evil, making it a much more enjoyable and complex ride.

It’s not just all about the character development either, as the battles still come thick and fast with some very well-produced scenes with some very memorable fights taking place involving some of the more skilled fighters that both sides have at their disposal. That is not to say the battles start taking precedence over the plot, in fact it is the opposite with some of the major moments taking place outside of the battlefield, especially in the opening volumes of this DVD collection.

If you bought into the first half of season one, then the second half will no doubt bring things to a wonderful close. If you’re sitting on the fence waiting to see how the season finishes, then you just need to go out and buy the first box and this second one as Code Geass is easily one of the best anime releases of 2009. So what are you waiting for? With Season Two only just around the corner for next year, we couldn’t be any more excited.

9
A great ending to a great series. All types of anime fan will enjoy this
LATEST REVIEWS