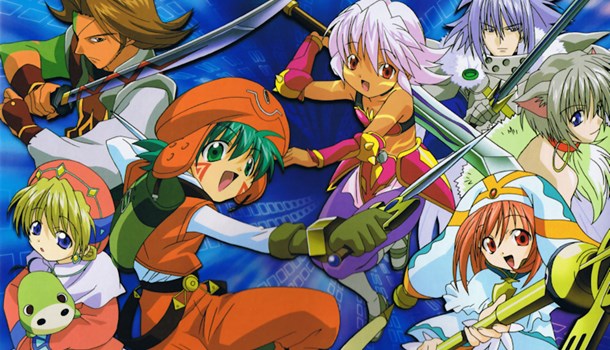 If Bandai actually created an online game that looked, acted and played like its does in the .hack series, I’d imagine that many would leave World of Warcraft in their thousands. I mean, what's not to love? A legendary set of characters, saving the gaming world and using forbidden items would be very cool. But one can dream. Until then we have the huge project that is .hack along with the latest DVD addition .hack//Legend of the Twilight.

Continuing from the last DVD, volumes 2 and 3 follow the characters Rena and Shugo as they explore “The World” and try to discover the secret of the bracelet attached to Shugo’s arm. Things are complicated when a group of “The World” players set out to delete Shugo mistaking him for the legendary dot hacker Kite.

What is still so entertaining about this tale is that the series doesn’t take itself too seriously. While there is a story arc, the characters themselves are the main entertainment as they get to grips with online gaming conventions. The lighter tone, when compared to the original .hack series, creates a more engaging atnosphere, making Twilight the more engaging of the two.

The relationship between Rena and Shugo is clearly centre stage in this series. Its fun to see how deeply their relationship goes and how much Shugo cares for his sister, even if all they are doing is playing an online game.

While the first four episodes remained faithful to the manga, these volumes take a somewhat different route, with one of the main characters actually following into the series’ trademark comas that players suffer in the real world. This quickly adds an extra level of drama and urgency, making the anime somewhat darker than the manga the series is based on.

As with any series that crosses over into different medias, if you have watched the original .hack//sign and played the game, then finishing the series with this final instalment is a must. However, if you haven’t been sucked into “The World” before, then this series does stand well enough by itself. It’s none too serious, but it’s a nice, light-hearted romp that many will enjoy.

Extras are nothing to shout about. While the reversible cover on the DVD case is nice, the usual cleaning openings and endings are present along with a set of BEEZ trailers. Nothing more.