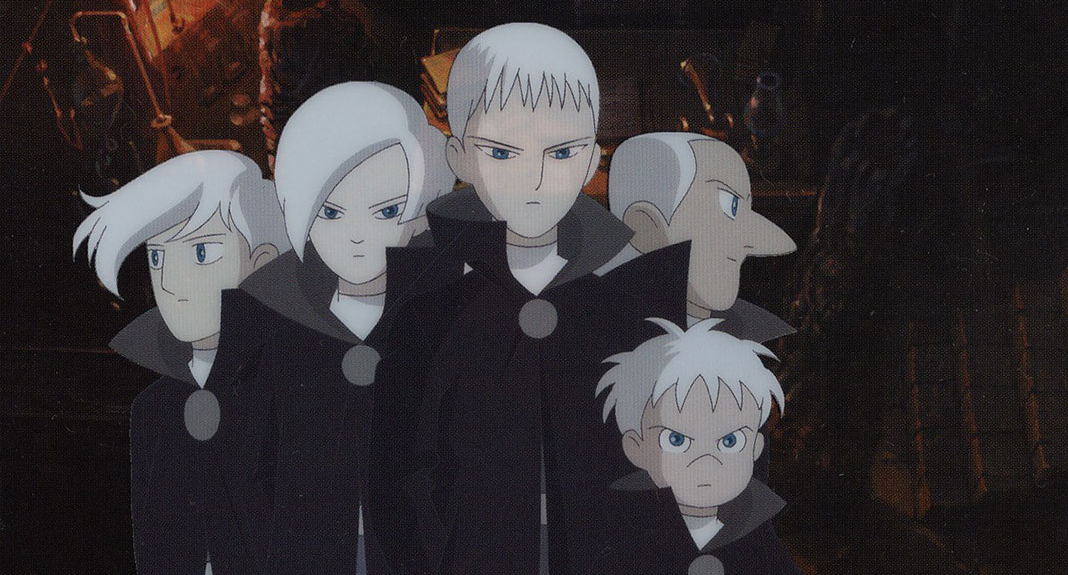 At the start of my review of the previous volume of Fantastic Children, I referred to it as a roller coaster - Not just in terms of the storyline, but also the quality of the show itself. At times it had me intrigued and enthralled, but other moments involved the liberal use of matchsticks to keep my eyes open. But, through thick and thin, we've now reached the climax of the anime, so there's no more room for manoeuvre - Is the final volume on DVD going to establish this series as a little classic, or relegate it to that oh-so large pile of also-rans?

The end of the last volume of Fantastic Children certainly had everything set up nicely for that last sprint to the finish line, with Helga / Princess Tina in the clutches of Gueroca, and the possibility of the Children of Befort achieving their goals looking ever slimmer. Although the pacing throughout the final four episodes that make up this volume on DVD feels a little 'off' sometimes (with chunks of time given to less important moments on occasion, while more major developments and action sequences are skimped on a little), the overall plot moves on apace and in a suitably captivating manner, with all of the twists and turns you'd come to expect from the finale to any series. Indeed, particular kudos has to be given to one particular revelation which announces itself in these closing episodes - While the build-up to said revelation had become increasingly obvious (particularly in volume five), its exact nature came as a real surprise to me. It's been quite a while since any anime has pulled that sort of gaping, open-mouthed reaction out of me, and the last few episodes of this show was all the better for it.

On top of all that, the general art direction of the last two episodes in particular seemed a cut above the rest of series, giving me a sneaking suspicion that the producers had been saving up their budget to close out the series with an often CG-infused bang. Couple that with the overall more polished feel of the artwork and scenery (although the characters remained as stylistically simple as they had been throughout the show, which may still be off-putting to some), and it really adds a little extra sparkle where it was perhaps lacking earlier in the series.

So, despite its slow start and those occasional plodding episodes throughout the series, is Fantastic Children worth watching? Overall, I would say yes - The storyline is both original and intriguing enough to keep you watching, and the final few episodes on show in volume six certainly do it justice. Personally, I still wish the series had been made a little shorter so that some of the excess baggage could have been jettisoned, but if you're willing to persevere and can put the overly simplistic art to one side, then you really are duly rewarded with a bit of a hidden gem of a show.

Trailers, English, French and Japanese stereo audio, English and French subtitles, textless opening and ending credits, Epilogue (which really is a must-watch once you've finished the series).
8
An excellent ending to the series, which makes everything that went before worthwhile.
COMMENT AND DISCUSS
blog comments powered by Disqus