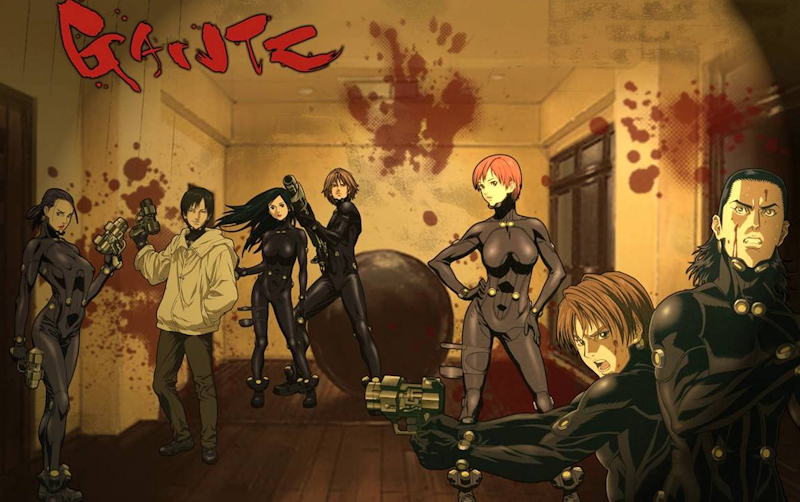 Distributor
MVM
Certificate
TBC
Price
£19.99
Date
07 Oct 2005
Gantz is like watching a psychadelic nightmare. Which, I suspect, was the intention.

The story centres around a group of individuals who, at the moment of their deaths, appear in a room with no exits, with no idea of how they got there and less of an idea of how they can escape. In the centre of this room is a giant ball, named Gantz, which issues them a challenge - to kill an onion based life form that's at large in the city. They have one hour to accomplish this mission, which seems to go pear-shaped very quickly, once the onion-child's Dad turns up and starts killing off the group in a variety of increasingly nasty ways.

Based on the successful manga by Hiroya Oku, Gantz was controversial even in Japan. Having watched it I can certainly see why - the amount of profanity, gore, sex and violence is totally unmatched so far as I can tell. When describing scenes from this anime it sounds like the sickest thing you've ever heard of, but taken in it's entirety... well, it's still sick, really.

The hook for the series is that it's almost impossible to tear yourself away from, and after a while you become accustomed to the language, the dog which likes to lick naked ladies and even some of the violence, but if you gain any enjoyment out of this series, you'd be right to feel guilty about it.

None of the leads are particuarly likeable, but then Gantz seems designed to provide us with protagonists you can't really empathise with. The main character, Kai Kurono, is a selfish jerk with no compassion for others and little faith in humanity as a whole. Only a chance encounter with an old friend, Masaru Kato, reminds him of the headstrong, noble young man he once was. All the more ironic that his one good deed, inspired by his childhood friend, is what gets him killed in the first place.

The extras include interviews with the show's director and main voice actor, which make interesting watching. The usual textless opening and closing sequences and a few trailers make up the rest.

One thing I did note whilst watching this DVD is the heavy pixellation that often occurs - whether this is a duff master or just unfortunate is unclear, but it does get a bit distracting at times. I'd also argue that the opening theme tune is as nightmarish as the series itself - if that sounds appealing, seek help!

So who should buy Gantz? Well, certainly not children. Perhaps those that like to be challenged by what they see would find endless late night deabating fodder in this series, which is about as dark, sick and twisted as it gets.
7
Despite being twisted in the extreme, it's also fascinating. I'm not sure how much of this series I could take, but the first disc certainly grabs your attention.
COMMENT AND DISCUSS
blog comments powered by Disqus