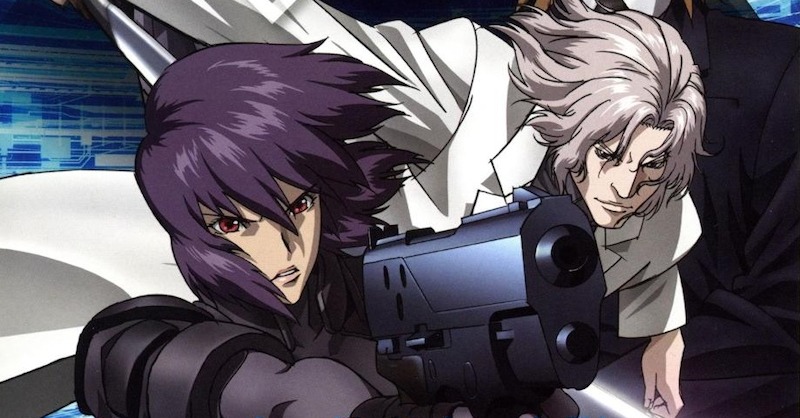 Ghost in the Shell: Individual Eleven

Just as the 'complex' arc of the first series of Ghost in the Shell: Stand Alone Complex got the feature-length editing treatment courtesy of the Laughing Man DVD release, so the second season's major storyline has now been given the same honour, with its main plot chopped and edited together into this release - Ghost in the Shell: Individual Eleven.

Shorn of the season's stand-alone episodes, Individual Eleven begins with Section 9 still officially disbanded, but operating in a kind of limbo without any governmental consent.  That soon changes when a group calling themselves 'Individual Eleven' storms and takes hostages in the Chinese Embassy - While a SWAT team is on standby to handle the task, Section 9 gets permission to beat them to the punch and, naturally, pull it off to near perfection, giving the current Prime Minister Yoko Kayabuki reason enough to reinstate and fund the team fully.

Of course, this Embassy siege is only the beginning, with numerous terrorist attacks occurring with each group calling themselves Individual Eleven despite being apparently unconnected from those which have gone before them, echoing the 'stand alone complex' phenomena of which the shows title refers.  Much like the Laughing Man case of the first series, it's clear that someone is pulling the strings to bring these incidents to the boil, and Section 9's attentions soon focus on a certain Kazundo Gouda, a member of the Cabinet Intelligence Service, who appears to be attempting to incite the large number of refugees residing in an area of Japan to some kind of revolution.  But why?

As you would expect from anything Ghost in the Shell related, Individual Eleven is more than a purely action-oriented affair, as it also succeeds in some detailed and deep thinking regarding the future use of technology and cyberspace, manipulation of the media to suit political (or indeed terrorist) ends, and even rather topically for those of us living in the UK the complicated issue of immigration and refugees.  However, it manages to do this without ever becoming too dialogue-heavy, and keeps the balance of action and postulating almost perfectly.

While Individual Eleven has been edited together well to create a single, tangible storyline, and even makes more explicit some points which were left unsaid during the original broadcast of the series, anyone who has watched Stand Alone Complex's 2nd Gig in its entirety will soon begin to spot that a lot has been missed out to prevent this feature-length DVDs running time moving into the stratosphere.  In some cases these omissions actually seem quite glaring, with an assassination attempt on the Prime Minister by one of the main players in this story being reduced to nothing more than a brief mention, and some other episodes which contributed heavily to the breakdown in the relationship between Japan and its refugees absent entirely.

With this in mind, and given this franchise's meticulous attention to detail, it's almost a shame to see anything related to Stand Alone Complex trimmed down to its bare bones like this - As a big Ghost in the Shell fan myself, I found the overall 2nd Gig experience far more satisfying than I did this more focused effort.  Between the parts of the Individual Eleven story that were left on the cutting room floor here, and some outstanding stand-alone episodes that naturally don't get an airing here, you're missing a lot that made this series what it was.

Normally, there would be an argument for anyone who wants to take in Stand Alone Complex 2nd Gig to do so via this DVD on cost grounds alone as box sets are rarely cheap, but considering the low cost of the entire 2nd Gig box set at the time of writing if you shop around I'm not personally sure that this is a convincing argument.  If, on the other hand, you don't have time to sit through twenty-six half-hour episodes (a dilemma I can understand all too well), then you may well welcome this Cliff Notes, sub-three hour showing to get your Ghost in the Shell fill.

In closing then I really can't mark down Individual Eleven too harshly - It is Ghost in the Shell after all, showing off its usual unique blend of genius, and the editing job done here it more than good enough to make it a thoroughly enjoyable watch.  Be warned though - You're missing a lot of fantastic anime if you choose this DVD over a full 2nd Gig box set.

8
A well-edited interpretation of Stand Alone Complex's 2nd Gig, but you're missing a lot of excellent material by eschewing the full box set.
COMMENT AND DISCUSS
blog comments powered by Disqus