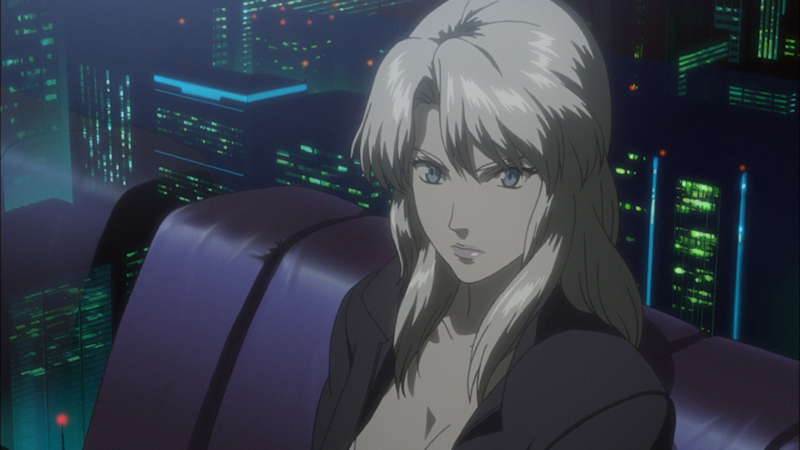 Manga certainly seem to be enjoying a lot of success with GitS, and this latest offering certainly won't hurt.

Set 2 years after the events of 2nd Gig, the Major has left a now much expanded Section 9 to pursue her own interests. But a case of missing children and a mysterious character named "The Puppeteer" are about to bring the two together again in an explosive reunion.

As you'd expect, GitS: SSS is a beautiful film. With the animation slightly better than the already excellent TV series and the same sharp character designs, every shot is crisp and enticing. The CGI techniques which give the GitS world a real feeling of substance are back too, and only the slightly-off animation of the cars let this down at all.

The film itself benefits massively from it's TV series background. Where the Oshii GitS films are somewhat stoic and emotionally remote, this latest offering injects some real feeling and characterisation, making it a more enjoyable and rounded film overall.

The original English voice cast reprise their roles and do their usual stellar job. Both Mary Elizabeth McGlynn as Major Kusanagi and Richard Epcar as Batou are on top form - If only all anime was dubbed to this standard...

Whilst the film does have the occasional long-winded moment, the majority of the film should hold your attention. With the usual amount of techno-babble and conclusions that seem almost impossibly accurate from scant clues, it's as delightfully confusing as ever, but it never detracts from the drama or emotion of the piece. There are some particularly affecting moments between Togusa and his daughter that will have you on the edge of your seat, and the action sequences are superbly directed.

Anyone who enjoyed the TV series will love this film, as it's more of the same great stuff in a feature length presentation. You really ought to splash the cash on this one, it's a bargain!

There are a wealth of excellent extras on this 2 disc set. Here's a complete list: