Ghost in the Shell (Blu-ray Steelbook) 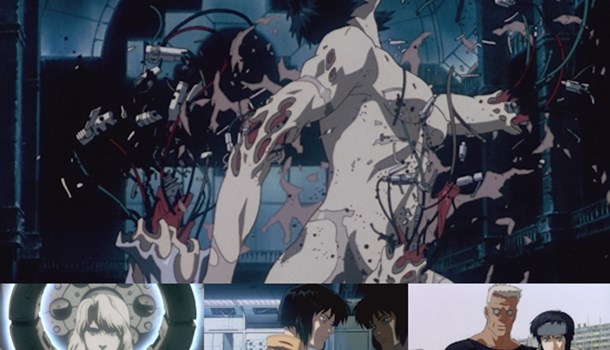 Ghost in the Shell (Blu-ray Steelbook)

As the first anime that I ever (knowingly) watched, Ghost in the Shell holds a very special place in my heart - without its stunning visuals, haunting music and intelligent, thought-provoking treatment of its subject matter, I may never have started down the path that lead to where I am right now.

Now, closing in on two decades after its original Japanese release, Mamoru Oshii's 1995 movie is finally getting the remastered HD treatment it deserves. This new edition brushes aside the ill-advised Ghost in the Shell 2.0 to return to the original iteration of the movie on Blu-ray, complete with Steelbook packaging and an additional 22-page booklet containing an interview with the director himself amongst other text materials.

Set in an imagined near-future where humanity has seen fit to augment itself with various technological features and augmentations all the way through to fully-fledged "cyberbrains", we follow a somewhat shadowy government entity known as Section 9 - a group of elite individuals effectively tasked with doing the dirty work that other government agencies who daren't move for the risk of public outcry for them.

At the head of the group's operations is Major Motoko Kusanagi, a woman with an entirely cybernetic body who has no qualms about using her cutting edge physique for whatever is required of her, be it acrobatic assassinations or plugging into the vast networks of knowledge available to her in this massively connected world. These skills are put to the test as Section 9 seek to hunt down an individual known only as "The Puppet Master" - a hacker of considerable skill who seems to delight in using the "ghost" of their targets to do their bidding by literally hacking into the brains of innocent individuals to bend them to the Puppet Master's will.

Cue a tale of politics, conspiracy, and a treatise on the true meaning of what it is to be alive. In a sense it's the film's big question about the nature of our existence that truly dominates the film - its political intrigue, action and fascinating world are effectively puppets themselves, dancing to the tune of a script which wants to dig deep into questioning who we are and what defines us. If memories are simply stored data, how do we know that they're real? Furthermore, given that those memories define who we think we are, how can we be sure that we've lived the life we remember at all? Boiled down like this, Ghost in the Shell is science fiction at its most vibrant and important, using its imagined future to ask big questions that reverberate far beyond the technology is depicts at its heart.

This isn't to say that the film itself is secondary to its philosophy - the sheer atmosphere that it generates between its visuals and Kenji Kawai's iconic soundtrack is second to none, and our glimpse into the sprawling city which houses the film's events is ceaselessly engaging to watch, packed with detail and vibrancy in the midst of its gleaming buildings and dilapidated slums. The film's characters also all succeed in standing out instantly - Kusanagi is a fascinating lead full of quirks and foibles, and her relationship with colleague Batou provides many of the film's best moments, while the rest of the cast also make their presence felt in short order, paving the way for future iterations of the franchise.

For all of its weighty, thoughtful subject matter and intense dialogue, there's also a solid story at the heart of the film, offering a delicious snapshot into its world of politics and intrigue that manages to deliver a lot within its relatively short running time as aspects of a thriller and detective story enter the fray.

Of course, we all know that Ghost in the Shell is a classic for a reason already, so what of this remastered Blu-ray edition? As a whole, it looks superb, and is a very clear cut above any previous DVD releases that offers a head and shoulders improvement to your viewing experience. Admittedly, not every scene within the film is gorgeous to look at - some of its digital effects haven't aged well, and other shots prove to be clumsily animated when looked at in High Definition - but the vast majority of the film looks excellent. In other words, this is as good as you'd hope for the film to look on Blu-ray.

Some of the other aspects of this release are a little more disappointing - the film's Japanese audio track remains in stereo compared to the 5.1 mix for the solid but less engaging English dub, and some of the subtitles don't read as well as they perhaps should, although not to the point of being incomprehensible. There are also no on-disc extras, where one might have hoped for at least some original trailers and promotional materials. This final point is at least mitigated by some interesting fare in the accompanying booklet, in fairness, but these niggles do combine to leave you suspecting that there's still room for a further improved, more definitive release of the film further down the line. Maybe we'll be amazed by a 4K release some day?

For all of its omissions, this remains the best edition of Ghost in the Shell available in the west - freed from the misguided additions of 2.0, largely spectacular to look at, and still an incredible film that only feels like a product of its time because Japan doesn't make animated films like this any more. If you've never seen Ghost in the Shell before, this is a perfect opportunity to introduce yourself to a classic not just of anime, but of cinema as a whole, and if you're an existing fan of the film this remastered presentation will allow you to appreciate its iconic visuals even more readily. There's room for improvement, certainly, but this is an excellent new presentation that gives the film a whole new lease of life.

English 5.1 DTS HD-MA and Japanese 2.0 LPCM stereo audio with English subtitles. There are no on-disc extras, but this Steelbook edition includes a 22-page booklet which includes an interview with director Mamoru Oshii.

8
It may lack on-disc extras, but this new edition of a classic film allows you to fully appreciate both its visual majesty and thought-provoking subject matter.
LATEST REVIEWS