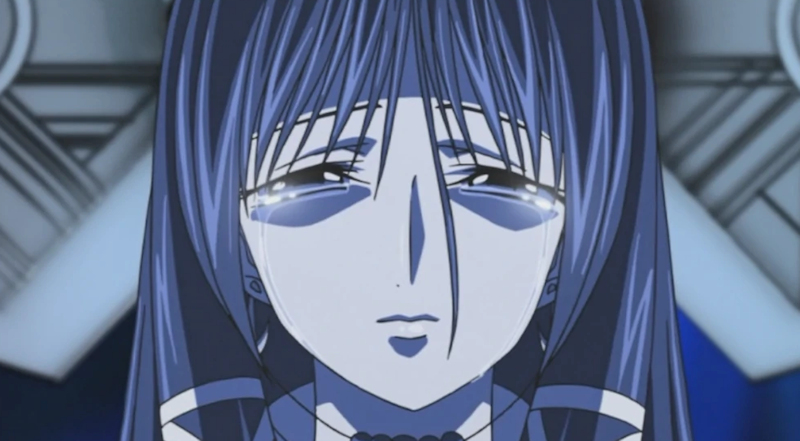 The final two volumes of the extremely capable sci-fi opus represent the best and worst the series has to offer - in terms of action sequences, revelations and explosiveness, these two volumes do extremely well - it's just at 3 episodes per disc, they're also the worst value for money.

Back to the content of the discs and it is, of course, the final showdown. Van and DANN are taking out the remaining aides of The Claw with the help of his rag-tag team of misfits. With all the characters now roundly developed, including the remaining "baddies" such as the deeply sensual Fasalina and Wendy's misguided brother Michael, the series has created genuine drama, pitting two sides we've come to care about squarely against one another. The result is somewhat explosive, if a little predictable at times.

In fact, we come back to an observation I made way back in volume 1, which is the liberal borrowings from other anime, and this holds true for the ending too. Many resolutions were very similar to others I've seen before, but that made it no less fun to watch. Unfortunately, with nothing truly groundbreaking to see, you may well be left satisfied, but largely underwhelmed.

Of course, those who are new to anime will likely love this to death, but it's just a shame that a series that took so many excellent leads from other series couldn't quite cook the ingredients to create something more memorable in the finish.

Overall Gun Sword has maintained a near-constant level of entertainment - it's well scripted, finely paced and benefits from some very solid direction, but it's unlikely to rock your world in the way the other big "G's" did last year, namely Gundam SEED or Gungrave.

The remaining, somewhat bizarre and creepy episodes of Gun X Sword san reside on each disc, otherwise the basic trailers and clean opening/closing animation.
8
An excellent, if not innovative, representation of anime sci-fi.
COMMENT AND DISCUSS
blog comments powered by Disqus