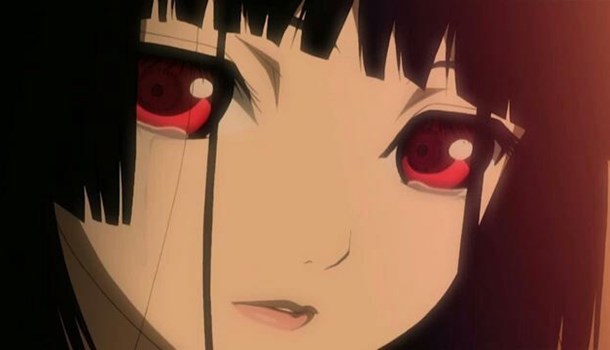 Can hell be a paradise?

Now there is a tricky question which the newest volume of Hell Girl asks. Is Hell designed to be eternal torment, a place where you send those who have given you grief, or somewhere where you can meet up with your forbidden soul mate?

As with the previous volumes Hell Girl is formatted into a series of revenge stories, with an intriguing plot twist or two which we have now come to expect. Only now, there is a lot more to consider as the series begins to deviate from it's previous formula.

Ever since the start of the series a journalist, Shibata, has been stalking and investigating the Hell Correspondence website and Ai and with the help of his daughter, who has the ability to see and hear excerpts of Ai’s life through her own eyes. He has been getting ever closer to finding her and discovering why she is sending people to hell.

What is becoming more and more evident is that the formula present in the earlier stories is becoming distorted with the addition of Shibata’s investigations. As he gets closer to the truth and meets those who are both victims and targets of the covenants with the Hell Girl. This allows us to see that Hell and revenge is not all that it is cracked up to be. And in a moralistic sense, it’s always easier to talk to the person you have grievances with than pay with your own soul just to get back at someone. Well, for the most part. What is becoming evident as the stories pass is that Hell means different things to different people, and that revenge is not the only reason for sending someone to Hell.

As I am rapidly discovering, especially with the timing of the previous three reviews, Hell Girl is one of those series which can only be watched while ill, depressed, or exquisitely happy. At least for me anyway. The sheer range of emotions and depths of character is not something I can ordinarily deal with witho

8
Perfect cure for the man flu!