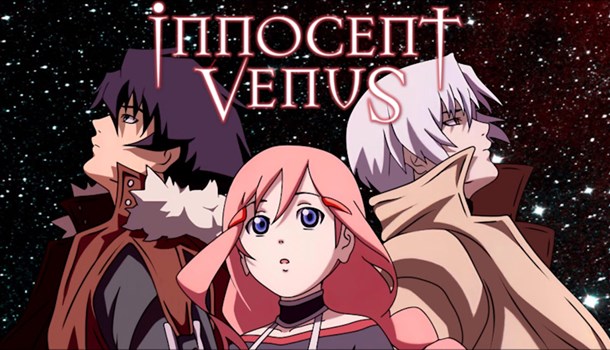 There was a lot of hype on the fansub scene about this series, so I was happy to see ADV snap up the license.

Set in the future, half of mankind has been annihilated, with the survivors living a barren existence in new fledgling states. But in Japan, things are different - through military might, Japan is the last world super-power (named Logos), and their elite military unit. Phantom,  protects the wealthy elite by locking the gates to the upper echelons of society and dealing harshly with the unfortunate masses.

The series begins as we join two renegade Phantom soldiers named Jo and Jin, who have stolen a couple of highly advanced battle machines and a young girl named Sana, who may just be the key to the salvation of the world...

The series draws some historical parallels with the Tokugawa Shogunate toward the start of the Boshin war, but even those like myself who are ignorant of such periods will find much to enjoy here.

The series starts in an oppressive style from the start. We see the execution of normal civilians by uncaring Logos soldiers and petty ambition in the form of the opportunist (and highly irritating) urchin named Gora who seems to be an attempt to lighten the mood, but frankly I wanted nothing more than to see him shot repeatedly by the end of episode two.

This oppressive atmosphere is prevalent throughout most of this first volume, and only really begins to lighten up with the introduction of the Pirates in the third episode, which adds some much needed humanity to proceedings. As the focus shifts from Jo and Jin to the members of Phantom and the Pirates, the series becomes a lot more enjoyable. Whilst our two renegade Phantom pilots are fleshed out with histories, they remain dour and, at times, a little hard to watch. The supporting cast is essential to this series, and the interplay between the opposing factions was the main reason this held my interest.

The animation is excellent, though it only really shines in the daylight episodes, as things are just too dark to see in detail in the early episodes. The art style errs on the side of realism, though the difference in the size of Sana's eyes to Jin and Jo does look a little odd at times. That said, it's beautiful in places, with striking designs everywhere from the mecha to the characters themselves.

Overall its a solid release with a lot of promise. Those who love dystopian futures will love it to bits, but anyone who likes a bit of frivolous fun might walk away a little depressed...