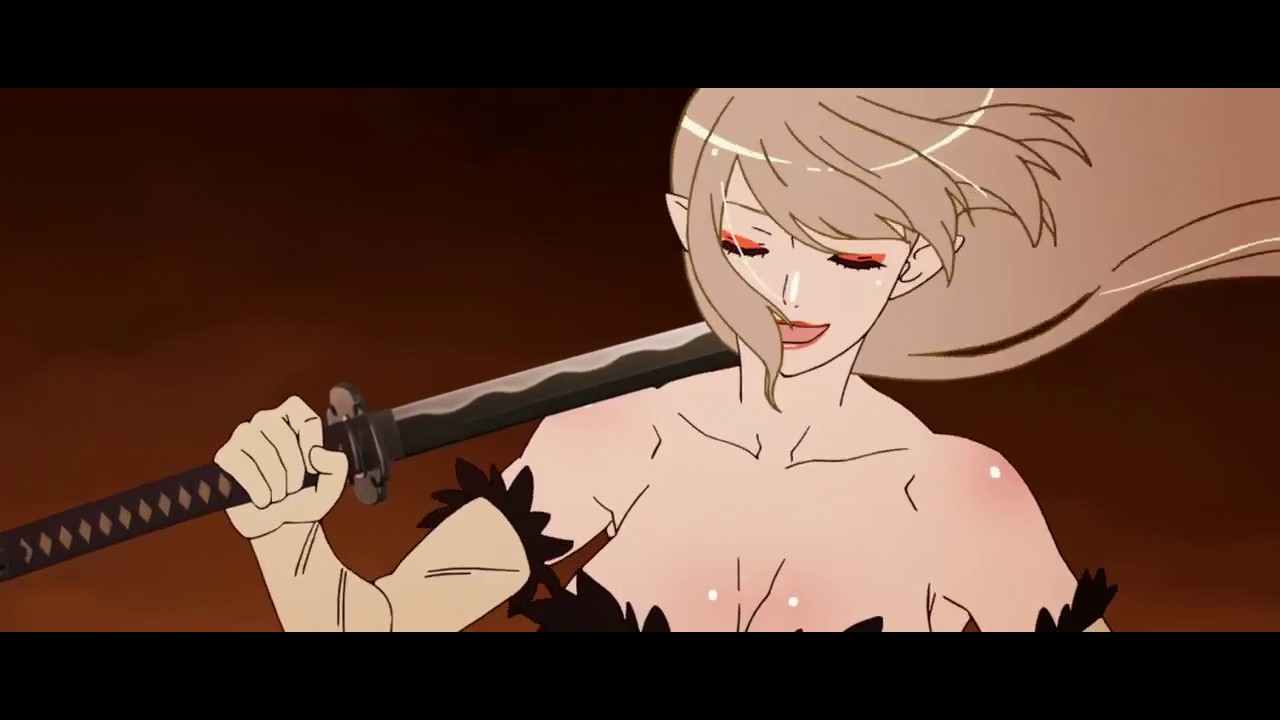 Kizumonogatari Reiketsu, the third and final part of the trilogy begins on a rather sombre and reflective note. With Araragi having completed his mission of getting back Kiss-shot's stolen limbs, he takes a brief moment to converse with Oshino about both the relative ease in which he managed to complete this task and whether or not doing so was the right thing to do. This in turn leads into the climax of the whole crux of not only this film, but the whole trilogy. The realisation that Araragi has helped a vampire recover to full strength leads to the inherent guilt he now feels knowing that any future victims will be his fault.

Part one of Kizumonogatari set the tone and themes, and part two was all action. With this entry we see both a culmination of the themes as well as over-the-top action to bring everything to a climax.

The first half is reflective, with Araragi conversing with both Oshino on his previous endeavours, and with Kiss-Shot about her past and the nature of being a vampire. At the mid point Araragi starts to have a crisis, wherein he is afraid of the future and people he cares about. It's not until he has one last conversation that he gains the confidence he needs to see through the whole situation to the very end.

Much like the previous parts, this film is gorgeously animated. The backgrounds look distinct and detailed, while also presenting a rather sombre colour tone with a lot of dark blacks, browns, reds and burnt oranges. These are used not only to show the late time of day, but also to represent how things are reaching their conclusion. The film still makes use of the trademark style of random cutaways to Noir and exaggerated facial expressions to keep things comical but overall things are dark and serious in tone here.

There is one scene in particular though that many may take issue with and that is a scene between Araragi and another female character in which he begs her to feel her up in order to gain the confidence and resolve to see through his situation to the end. The scene skirts the line at times but overall is saved by the comedy thrown in and the reactions from the characters. The end result of the scene in question also saves it by being comical.

This leads the way into a final showdown, a twenty minute fight scene which is the most over the top comically gory fight I've ever seen in anime. Heads are constantly flying off shoulders, limbs and bodies are constantly regenerating and the whole thing has this gruesome yet whimsical tone that starts to get more serious as the fight continues. It is the highlight of the film and also one of the best moments of the entire film. Without giving anything away things do end on a sour note for the characters but the conclusion things arrive at ends up making sense and provides the impetus for the Bakemonogatari series.

If you have invested in the film trilogy up to this point then this part will not disappoint you. It has all the trademark elements, great snappy dialogue used in conversations that are relevant and reflective on the previous proceedings. With a fitting and logical conclusion,  Kizumonogatari is a near flawless trilogy of films that tell a comically gruesome vampire story about loss, regret, guilt and determination.

9
An excellent ending to the story, making Kizumonogatari a near flawless trilogy of films.
COMMENT AND DISCUSS
blog comments powered by Disqus