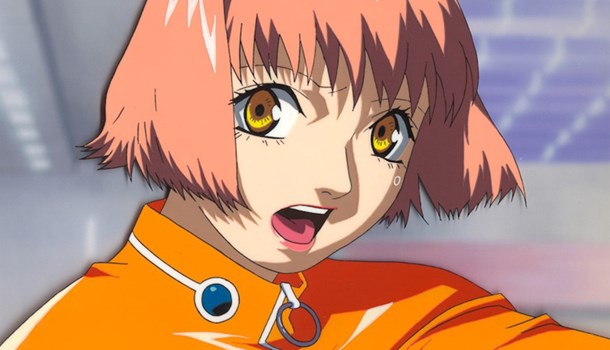 Mezzo follows the misadventures of the Danger Service Agency (or DSA), a group of independent and highly skilled contractors who take on jobs deemed too dangerous or shady for anyone else.

The team comprises Mikura, a fiesty redhead with a penchant of destruction, Harada, an engineer with a gizmo for every occasion and a stupid haircut, and Kurokawa, an ex cop with extensive links into the underground and a craving for noodles. As a team they work well, and the action is loud, brash and extremely graphic in places. No surprise when you consider that Mezzo is the brainchild of Kite creator, Yasuomi Umetsu.

Incidentally, Mezzo is a sequel to Mezzo Forte, an anime that had an R rating and contained seriously graphic portrayal of sex, murder and rape, so I approached this series with caution, especially when I found out that the story here continues directly from Forte. Erk.

Happily, Mezzo has a fair bit of light hearted banter to keep things moving, which given the length of the series is probably a good thing. The darkness of Kite would probably end up being terribly depressing if the series leads were as dark as its forerunner.

That said, though the mood may be lighter, the violence hasn't been toned down. The opening few seconds of episode 1 show you exactly what you're in for, with a bloody and merciless battle that pulls no punches and ends rather messily. This isn't one for the kids, and I'm frankly amazed that it received a 15 certificate.

The stories themselves don't rely on a high body count to retain your interest, and I was genuinely surprised at the range of stories and their scope - aliens, ghosts and complex plotlines give the series an extra dimension, and of particular note is the excellent two-parter which tells the same story from two different angles. Whatever else you want to say about Mezzo, it certainly isn't mindless.

The animation is pretty standard, but the music is bloody awful and as a soundtrack, you can probably live without it!

Extras comprise the usual textless opening and closing sequences and some production sketches, but nothing mind blowing here. On the plus side there are 5 episodes generously packed onto the disc, so you're getting excellent value for money.

In all Mezzo is a well directed action series with enough brains to keep you interested long after the last body has hit the floor.

8
Solid storytelling, generous portions and a style all its own.