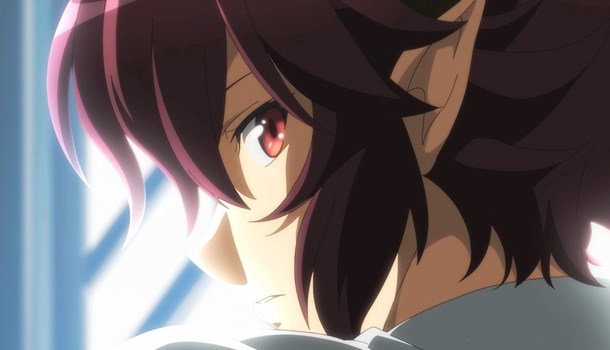 At first glance, Mysteria Friends didn’t really strike me as a show that I would enjoy all that much. It certainly looked appealing, but it’s also somewhat short with only ten 15-minute episodes to its series. That alone made me a bit skeptical; after all, many shows often take that long just to get up and running. How wrong I was, though. I can safely say that Mysteria Friends is a powerful reminder of how storytelling can be incredibly effective when it’s kept incredibly simple, and why some of the most worthwhile journeys are occasionally those that don’t seek to go all that far.

To get into the story a little deeper, Mysteria Friends is about two princesses - Anne and Grea - and their blossoming friendship at Mysteria Academy, a far prettier and more relaxing version of Hogwarts. During their time there, and over the course of the show, they go about their student lives in luxurious safety and comfort, going on shopping trips, learning to swim at the beach and even performing in the school play with their peers. However, the setting and, to a large extent, the other students aren’t really all that important, because the show hones in on our two main characters and the relationship they have; one that, from the very start, is clearly moving into much more than just friendship. 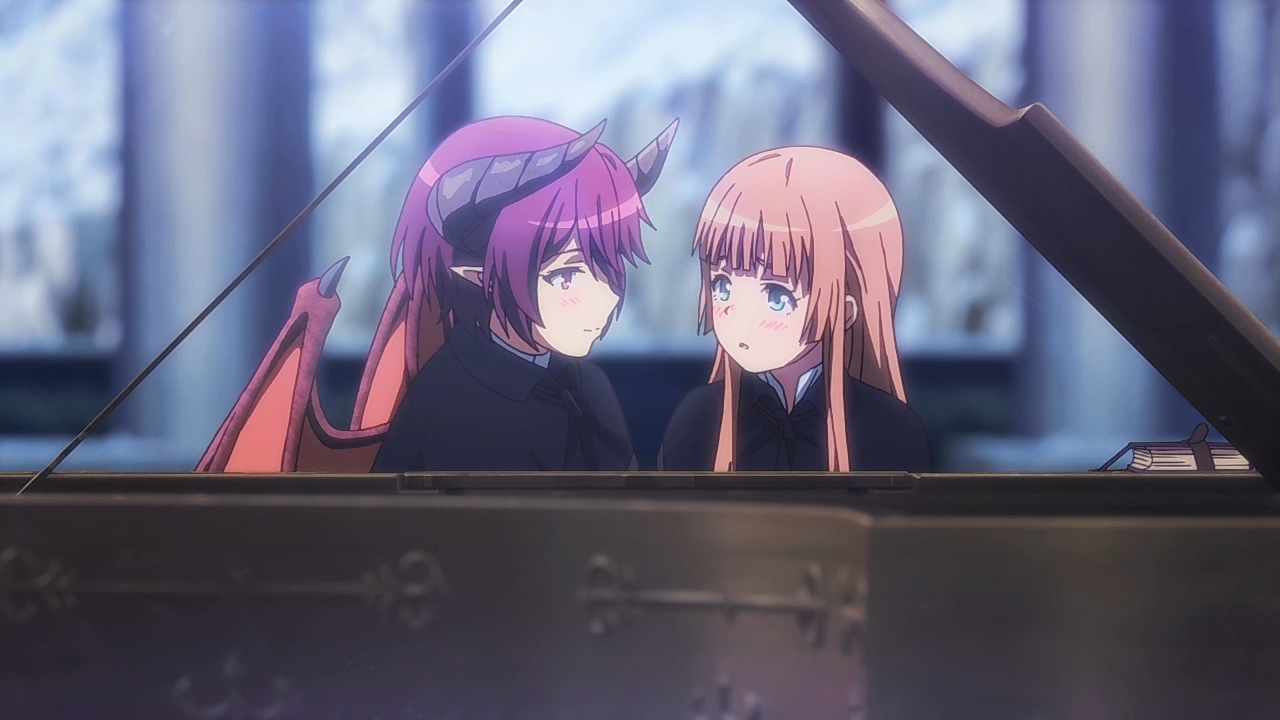 And it’s from this point that I find myself really admiring the show, not least because of how gently it explores this central couple. Sure, it does have a bit of fun now and then when it comes to fan-service, but it never quite tips into the indecent or salacious. Instead, it’s incredibly innocent in how it brings Anne and Grea closer and closer together emotionally, not sexually, making the story far more wholesome and relatable. To put it another way, it’s a show about the atmosphere between our two characters and how tension, not action, is gently built and resolved. That intangible ebb and flow throughout the show is what, I feel, gives it quite a nuanced charm.

Of course, to say Mysteria Friends is truly unique in its focus on emotional storytelling of this kind is going too far, but to do it in the space of ten 15-minute episodes is impressive. More than this, the series seems almost acutely aware of what it can do in this limited runtime. It doesn’t waste time establishing a massively coherent or complex world, or filling it with lots of colourful and fleeting characters (thought there are certainly some fun ones in the show). Rather, it’s about showing the subtle shift in Anne and Grea’s perceptions of one another, meaning it can offer a profound sense of character development even if the locations and cast feel largely static. In truth, by the end of the show, our protagonists haven’t really moved all that much physically, but they’re both clearly in a very different place emotionally, and the way this is conveyed to us in the closing scene is a wonderful lesson in cyclical narrative.

It’s just so well crafted, not just as a broader story, but also on an episode-by-episode basis. Each one is nicely split into a longer half and a shorter half; the latter of which tends to present a different perspective of the story we’ve just watched. This not only gives the show a sense of being longer than it really is, but it also allows the characters and mood to be softly shaken up before we start to get too comfortable with the pace of the first half.

It should be said that, while the show is one of several anime based on the Rage of Bahamut mobile games, you don’t need any prior knowledge to enjoy this show. I’ve never played or watched any of them but, again, I think that’s why the focus of the story is so apt - it’s an intriguing bridge into that world, but not one that you need to cross simply to enjoy the view. That said, it has left me with a bit of an itch for this franchise, and it has bumped Rage of Bahamut: Genesis towards the top of my watch-pile. 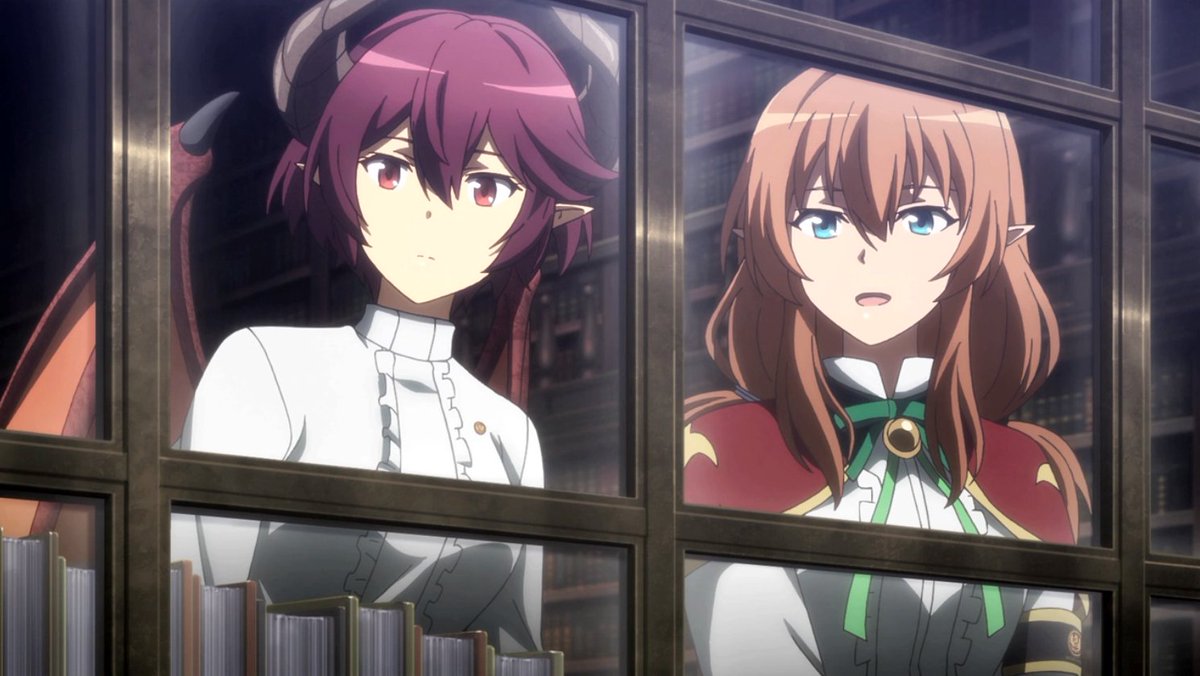 Now, while the show’s story is particularly striking in its own right, I think the animation style it’s coupled with are what make the whole package truly endearing. It’s animated by CygamesPictures, a relatively quiet subsidiary of the well known Japanese video game developer, Cygames, whose mobile releases include Granblue Fantasy and Princess Connect! Those of you already aware of Granblue’s visual style will recognise a similar refined approach in Mysteria Friends, with gentle tones and hues that really do make even 15-minute episodes a pleasure to watch.

This visual finesse truly shines, however, during the more touching moments for our protagonists. Beautiful sunset skylines and vibrant, sweeping vistas serve to anchor and heighten the more profound moments of tension and self-realisation between Anne and Grea. To be honest, I often found myself rewinding these moments just to take it all in because so much attention and care has clearly been paid to even the most momentary frames. 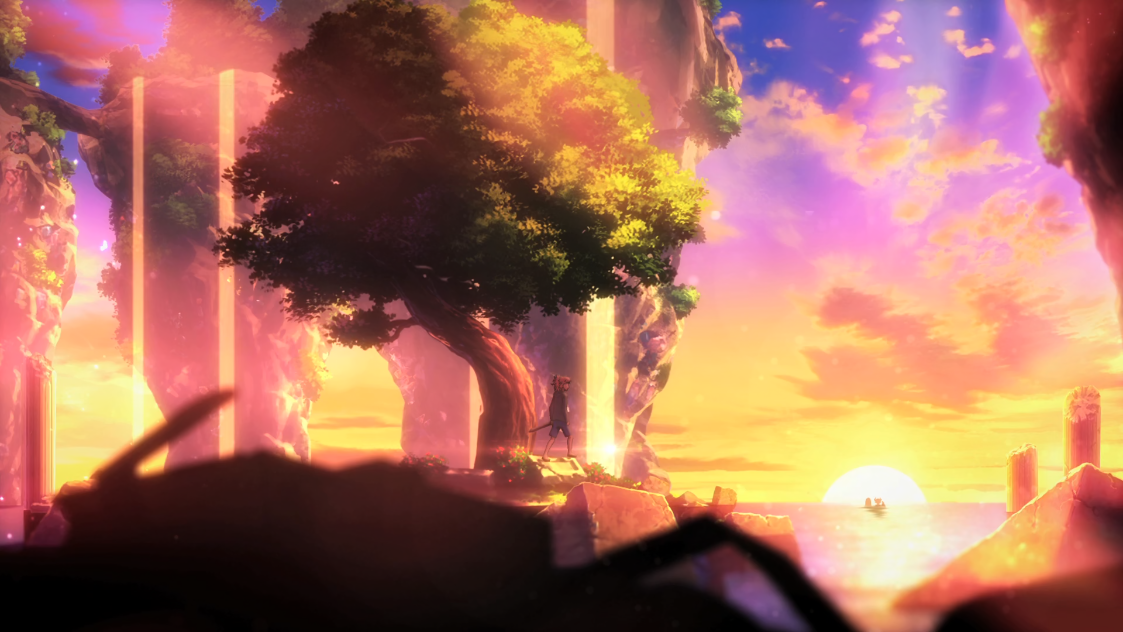 And that love for the animation also comes through in the disc’s extras, courtesy of MVM, where we get to see some of the initial storyboard frames that director Hideki Okamoto and his team produced. If you do decide to pick up a copy, please do check these out; they’re not only a great insight into the creative process, but they also reveal so much of the emotional depth in Mysteria Friends’ ‘show, don’t tell’ narrative approach.

And, finally, what I think marks this show off a great all-round experience is the way it nicely incorporates fan-art into it’s episodes, specifically marking the break between each half. The different styles and subjects, which not only focus on Anne and Grea but other characters from the Rage of Bahamut franchise too, make the whole show feel like a communal celebration of something much larger, both enticing us into that bigger franchise and wonderfully illustrating the passion its world and characters have inspired in others. 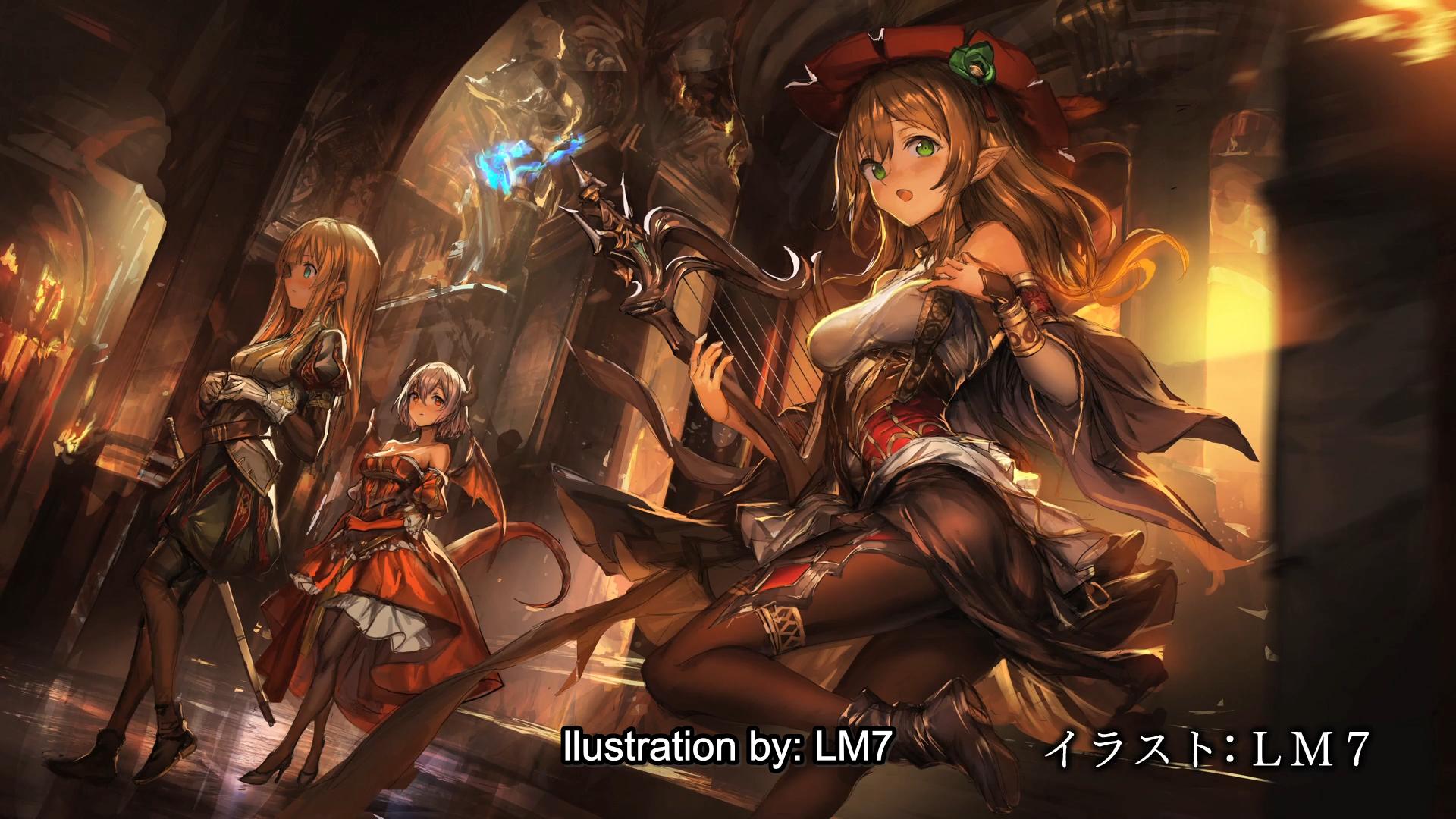 As I mentioned, Mysteria Friends is not a show that I would have thought to pick up at first glance, but I am so glad that I did. Despite its short running time, it offers a beautiful and gentle reminder that captivating storytelling doesn’t just lie in the slaying of gods or the saving of worlds; sometimes it can be in the subtle change in meaning of a simple smile.

8
Despite its short running time, it offers a beautiful and gentle reminder that captivating storytelling doesn’t just lie in the slaying of gods or the saving of worlds; sometimes it can be in the subtle change in meaning of a simple smile.