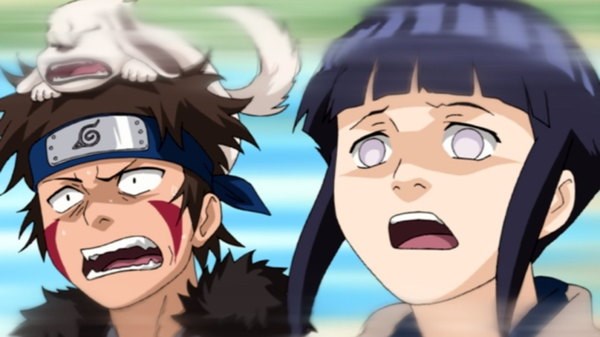 Naruto, together with Anko Mitarashi (the one that mistakes fishnet body stockings as clothes), Shino and Ino continue their investigation into the nature of the "Kaima" monster, whose source brings up people that Naruto thought was out of reach. Things take a deadly turn and it all morphs into a race against time to escape for the team.

As mentioned in numerous other Naruto reviews, you can just feel the motions that are being passed through here. It’s not even funny anymore; the series is dangerously close to losing the essence of what it was originally in a bid to keep padding out the same thing over and over again. Naruto goes on a mission, stuff happens, we laugh, we learn and nothing gets resolved. EVER! The status quo is always restored and it’s like it all never happened. It’s like torture at times.

There are good points with this series, though very brief, in that we get to see some of the other characters that have been oddly missing since the end of the main storyline and we get to delve a little deeper into their pasts. They are a welcome return, but are all too brief before we head back into the story at hand, which to be fair is slightly better if a tad predictable than what we’ve been subjected to recently.

But as usual, as soon as one major plot line finishes, we’re thrown back into the shorter more annoying “comic” episodes which again do more to pad out the remaining episodes than provide anything of real entertainment value. When a series has become a chore to watch, it surely is time for a break... surely?

Regardless, if you’re a collector or lover of all things Naruto, then what I say is going to fall on deaf ears. Apart from some minor improvements, we’ve gone back to the same old routine that Naruto seems to be comfortable sitting in, waiting for the inevitable to happen. We believe you should do the same and wait for the inevitable arrival of Shippuden before you lose your sanity.