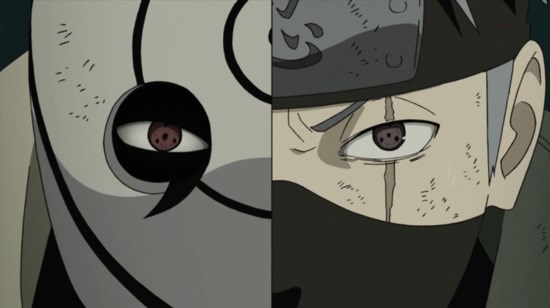 The last set of Naruto Shippuden gifted us with some of the best episodes of the series to date, so now the question is this: can Box Set 27 keep up the quality and pace? When we last saw Naruto and chums, Naruto’s on again/off again BFF Sasuke had teamed up with the reanimated corpse of his older brother to face off against a bespectacled medical nerd who’d managed to splice himself with a snake and his old boss, who Sasuke had killed some time ago... It all sounds a bit weird when I put it that way doesn’t it, but this is all just another day in the Narutoverse.

Anyway, this box set picks up exactly where the last left off, with Sasuke and Itachi facing off against an emboldened Kabuto. However, it’s not long before we take our first detour and delve a little deeper into Kabuto’s past than the last set did, taking us through his time with Orochimaru from a different perspective than we’ve seen before. While the detour is a meaningful and interesting one, it is nevertheless a distraction from the main event, which proves a little jarring to the flow of the fight. Suffice to say there was only ever going to be one winner in this fight; after all it would take a shinobi of legendary power to go toe to toe with the Uchiha boys combined might and come out on top. However, the means of Kabuto’s defeat is an interesting one, so I’ll leave you to witness the details yourself.

Once Kabuto is subdued, Uchiha fans get treated to a bit of reminiscing on the boy’s past. Again this really only serves to divert away from the main events, though this time it doesn’t really add anything substantial, although it is short and an enjoyable enough diversion to be easily forgiven for its minor sins. Eventually Itachi releases Kabuto’s “Reanimation Jutsu” and returns all the reanimated shinobi to their rightful place: resting in peace. A major victory for the Allied Shinobi Forces... or is it? It turns out the major threats aren’t the reanimated shinobi at all, but rather they are Tobi and Madara Uchiha.

Madara not only manages to resist and survive the undoing of the Reanimation Jutsu, he also manages to push all five of the Kage to their absolute limit. Meanwhile Naruto, Kakashi and Guy are taking on Tobi, whose identity is finally exposed. This comes much to the surprise of Kakashi in particular, though anyone who has been watching the series up to this point has probably been screaming his identity at the television for a good while now. I won’t spoil the “surprise” here though, just in case.

What the reveal of Tobi’s identity allows is for us to finally delve into his back story, and how he came to be tied up with and mistaken for legendary shinobi Madara Uchiha. These flashbacks, while just as diverting as the rest, do provide a healthy chunk of previously unknown back story, filling in some blanks and setting up a few other things in the process. All in all it’s probably the most interesting flashback sequence of the series to date.

The action remains everything you expect from Naruto at this stage in it’s lifespan and the story is really beginning to come together in interesting ways. All in all this box set does indeed manage to maintain the highs of the last set, despite a few distractions along the way.

8
A few stumbles aside this set largely manages to build on the successes of the last.
LATEST REVIEWS