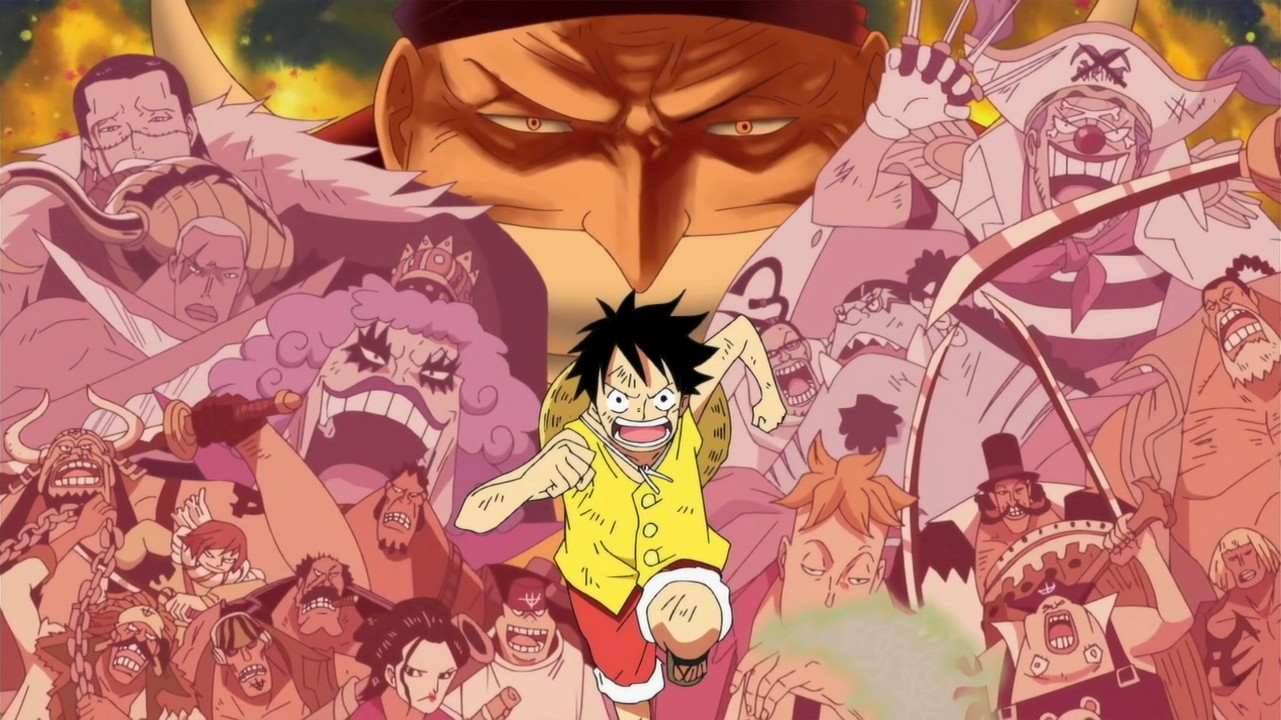 One Piece Collection 20 continues the Marineford arc where Luffy and his ragtag team of Impel Down escapees team up with the Whitebeard Pirates to wage war on the Marines in the hopes to save Ace before his execution.

Things start off in a rather hectic fashion in this set of episodes and this momentum keeps up throughout the entire run of episodes. No filler episodes feature in this collection. No cutaways to see what other characters are doing and No recaps or special occasion side episodes. A first! Instead, everything is strictly business in order to get through the remainder of this story arc. The story and plot move at a ballistic pace here which in turn is helped by the DVD’s marathon play function cutting out all the OP and ED themes as well as the next episode previews. This makes the episodes flow well into each other, they do this so well that if it weren't for the brief pause, and cut to black combined with the previous on episode segment it would be hard to tell when one episode ends and the next begins. [Sounds like a rather intense One Piece Experience! – Ed]

The episodes focus on the war at Marineford between the Whitebeard Pirate alliance and the Marines over the planned execution of one of Whitebeard's pirates and Luffy's brother Ace. A character everyone is desperate to save, most of all Luffy. We see Luffy at his most desperate here (at least up until this point of episodes) as he struggles to reach the execution platform, dealing with various obstacles along the way. This involves fighting various opponents. Outrunning ones he is no match for and teaming up with various characters to make more progress towards their goal of rescuing Ace. In this arc we see the ground work and foundations of where the story will progress.

In this arc we are introduced to a lot of new characters and potential new threats. Also we see the full extent of the evils that the world government and marines(characters who are supposed to be the good guys of the series). The big thing in this arc though is some rather emotional moments that involve character deaths that change the entire dynamic of the world and has a huge impact on things going forward. While the fight scenes, the drama and the emotional moments are stand out moments of the arc. The real meat of the arc and thing to take away from it is how it sets things in motion for the coming arcs.

In terms of animation things are very standard for One Piece. Things remain consistent mostly with the few off model shots. Given that there are several characters on screen at once all of which are battling this can be forgiven. Where it matters the show delivers. Speaking of delivering. The English dub in these episodes is superb. The characters all sound great and manage to deliver their lines well during the emotional scenes.