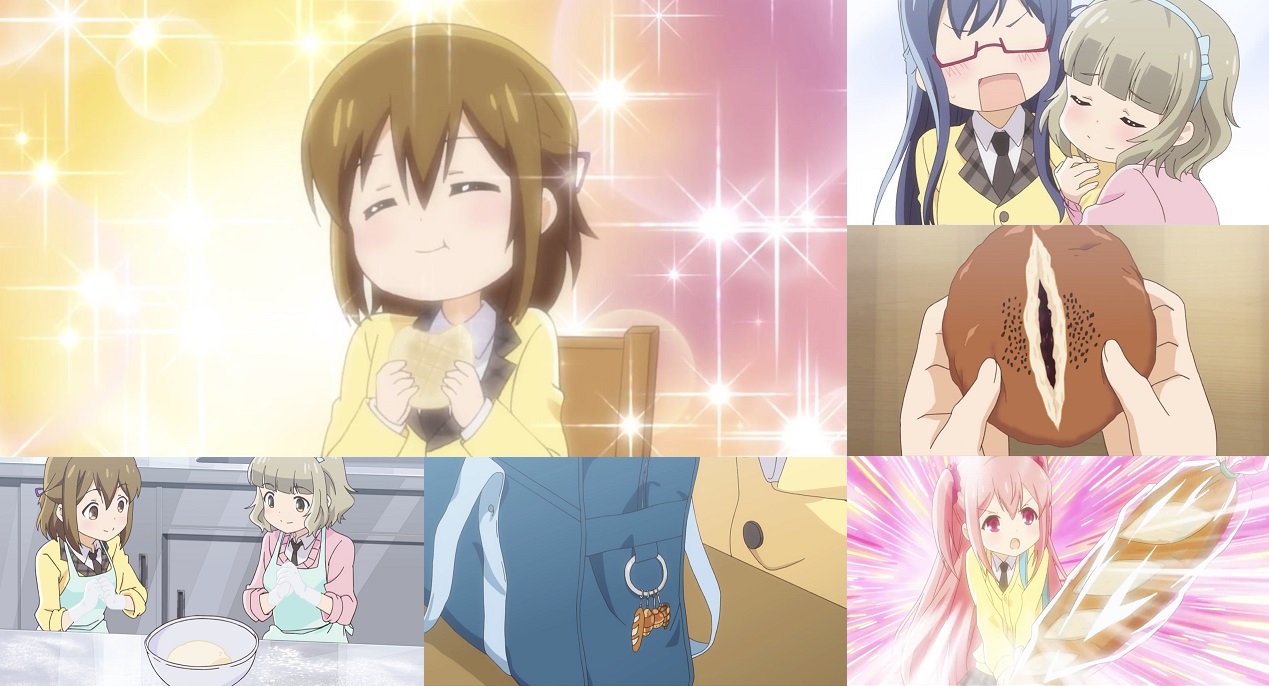 After feasting on her favourite bread, we follow fifteen-year-old Minami on her first day of high school. Worried about not being able to make friends, she then discovers a girl carrying a schoolbag with bread-shaped charms, instantly befriending her solely for that reason. Through her newfound 'bread buddy' named Yuu, she meets Fuyumi and Noa. Minami invites her new friends to eat bread after school. As it turns out, Fuyumi’s family owns a bakery, much to the delight of Minami.

In case it isn’t clear yet: Minami loves bread. Really, really loves bread. So much so that the air-headed girl zones out whenever she is feasting on her favourite food, even when Yuu and Fuyumi seem to be entwined in a one-sided love affair. With Minami as the token airhead of the series, Yuu is the nerdy type whereas Noa is the child-like, stoic but cute girl. Fuyumi is the docile, happy-go-lucky girl with a chest large enough to be the center of breast-related jokes.

Like many anime shorts based on four-panel manga, Pan de Peace is solely aimed at entertaining the viewer with quirky characters and a light, funny plot. However, the series seems to lack in both departments – the jokes are as predictable and bland as the characters and as for story, well, there just isn’t any. This series is literally just girls eating bread. With Minami describing the taste of each delicacy thoroughly, it feels more like watching an overly long advertisement for the staple foodstuff.

Whilst the storyline of Pan de Peace won’t fill you like egg sandwiches would fill Minami, at least the animation and voice acting are satisfying. Nothing spectacular, but not substandard either.

Cute girls eating tasty treats seem to be a popular trope in Japan. If you’re looking for just that, the brainless bread advertisement that is Pan de Peace may be for you.

5
Not the best thing since sliced bread.
COMMENT AND DISCUSS
blog comments powered by Disqus