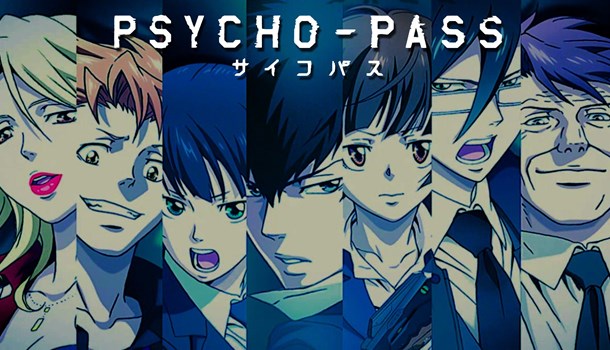 I’ve always had a soft spot for Psycho-Pass, the series that always seemed to fall into the shadow of the great first two gigs of Ghost in the Shell: Stand Alone Complex; then again that bad timing isn't unique, with few managing to escape its thrall. So the release of Psycho-Pass: Sinners of the System left me excited but also nervous. As three hour-long features, this felt like trepidatious territory and so the Blu-Ray sat on the to-watch pile. Until now...

Let's take each in turn:

Crime and Punishment: a disturbed woman leads Inspector Mika Shimotsuki to a curiously liberal prison for latent criminals, where things may not be quite what they seem.

First Guardian: Moving between his past life in the military, and the present as an Enforcer, Teppei Sugo finds the two entangled when a top-secret mission returns to haunt him.

On the Other Side of Love and Hate: one-time Enforcer, Kogami, in his wanderings, finds himself in the midst of yet another war, only this time in taking care of and training Tenzing, a young girl who wants revenge for the murder of her parents.

Yes, we’re in backstory mode, fleshing out the world of Psycho-Pass, another scenario that in theory fills me with horror because too often filling out is just that: filler. The worst of GitS: SAC were those episodes where it looked to take a side character, explore them a bit more, and usually the end result was a fairly interesting but ultimately throwaway episode that only the most hardened of fans would say add richness to the series. It also means your audience is limited. Even having watched both series of Psycho-Pass and the movie a couple of times each, there were characters I struggled to remember, so neophytes don’t start here whatever you do. Go back to series one.

For the returning viewer there is a certain pleasure in reminding yourself of characters that you had almost forgotten (in my case for having watched so much in-between and having a rubbish memory) such as old-timer-detective turned enforcer, Masaoka, in First Guardian, where I found memories of his character and the dynamics with his son start to re-emerge; and, ironically, I also found First Guardian to be the best film of the three despite the fact that it took a side character, Sugo, who out of all the enforcers was the one I honestly couldn’t remember at all, and who had the most compelling story. This might have been in part because the first film, Crime and Punishment was far more rote in its storytelling than the other films and introduces far too much for an hour in terms of narrative and characters, so that it can feel clogged up with stuff in an attempt to hide that it's not really doing much original, even if it is a solid 60-minutes of entertainment. Whereas First Guardian and On the Other Side of Love and Hate keep their narratives more focussed; the more limited characters involved in the story allows the characterisation to be deeper, so that these films feel like a more rounded cinematic experience.

Looking the films up (I say this as anyone wanting to read the English credits will need a microscope handy to do so), Crime and Punishment was written by Ryō Yoshigami, while the better, latter two films are by Makoto Fukami. Admittedly, Crime and Punishment did, in many ways, follow the series themes, looking at societal impacts of anti-social behaviour and its methods and manipulation of control, as well as bringing in the Big Brother Sibyl System into the plot in the most compelling manner. Perhaps this is the problem with it is that the story feels much more like a two-parter episode, whereas the latter films feel more cinematic. I also struggled with more established characters such as Inspector Akine Tsunemori feeling sidelined in Crime and Punishment and so probably shouldn’t even have appeared at all. Presumably this is to give more time to the protagonist, Shimotsuki, who admittedly becomes more sympathetic than I remember her in much of the second series. It also didn’t help that much of the new character design in Crime and Punishment moves towards the "roll the eyes why-did-they-do-that trope", such as the hunched, limp-armed scientist who radiates depravity and the caricature lesbian who seems to be unpleasantly vilified for her sexuality. Still, Crime and Punishment provides action, moves Inspector Shimotsuki’s character forward (with an eye on Psycho-Pass series 3 one assumes, which I await with pleasure), even if the storytelling is on the cusp of average.

In contrast, First Guardian manages to pick-up a minor character and weave a narrative around them, suffusing the film with memories of the first series in a way that creates a coherent cinematic work. Its references to prior series and new storylines mesh together to create a holistic, seamless entity. Emotionally the film feels apposite, the emotional narrative arcs, even where we might know elements of them – Masaoka again – fit together so that as a viewer we feel more connected to the story and the characters. True, like Crime and Punishment there are story elements which we can easily predict, but overall the story feels like it's expanding the Psycho-Pass world in a manner that is meaningful. The narrative has a tightness that ensures there’s none of the "hang-on, what's happening to who and what now?" that can typify elements of the first film.

Narrative simplicity takes on greater depth in On the Other Side of Love and Hate, where it really pares back the story and the number of characters, a real virtue this in my book because it means the film can really get to grips with the story of questionable morals in war and peace, how revenge can be nothing worse than a wasted effort that destroys you not the target of your vengeance, as well as having some excellent characterisation between Kogami and the amoral Frederica Hanashiro, who we initially (albeit briefly) meet as they join Akane Tsunemori’s team in First Guardian. Yes, there are some excellent set pieces, but mainly it’s the character interactions and development that really make On the Other Side of Love and Hate a better film. It is also beautifully designed. Set on the Tibetan borders, replete with prayer flags, the film captures a spiritual land devastated by war and warlords, where violence and spirituality walk hand in hand. 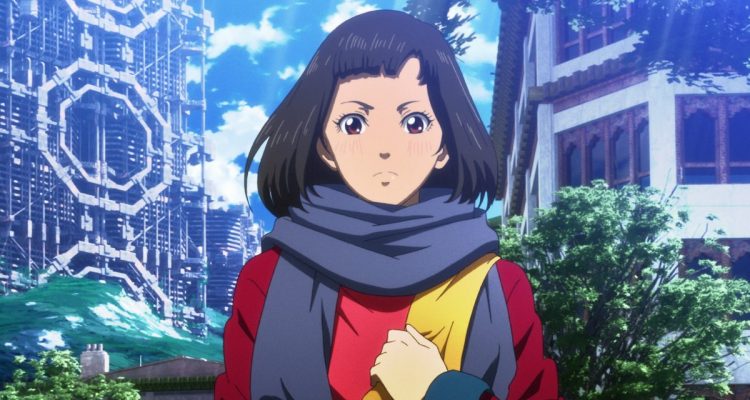 With the animation provided by Production I.G, it is of course beautifully done but perhaps is not as cinematic as many full-length films, rather this is television with a bigger budget and the smoothness that goes with it. This won’t look like Belle, but that hardly matters because it is nevertheless more than pleasing to behold.

Sinners of the System is a continuation of how Psycho-Pass uses each entity, series or film, to continually move the characters, stories and world building ever onwards, sometimes returning to previous characters, sometimes moving forward with new protagonists. Like the Sibyl System structured world, Psycho-Pass is ever evolving. This is something that both intrigues and disturbs me. Right from the off I had a huge amount of affection for Akane Tsunemori’s character, so the thought of her not being in a Psycho-Pass story immediately disturbs me, yet the films in Psycho-Pass: Sinners of the System highlight how a world can transcend particular characters and also not. Crime and Punishment shows that throwing everything and the kitchen sink at the narrative is too overwhelming to be effective without sympathetic characters, while the latter two films illustrate how intriguing, straightforwardly told stories can transcend what’s come before. Even then you have to recognise that these are stories that often stand on the shoulders of returning characters and their emotional dynamics. Part of me of wishes to see returning characters who I can really engage with in depth and part of me wants to see where the eventual third series goes and yes, the end of On the Other Side of Love and Hate really does scream "new series incoming!", though thankfully without it ever becoming a film that exists to be an entry point.

So for all that Psycho-Pass seems to me to live in the GitS: SAC shadow, it’s still its own entity, living, breathing, sometimes imperfect but always intriguing, even if Akane Tsunemori will for me be the living, breathing soul of the series. Until series 3 perhaps...

The Blu-Ray Collector’s Edition is bundled with an extension booklet of storyboards and a case files book, detailing character design and interviews with the production crew. Extras on the discs are minimal. Having bought it on pre-order I got it for a reasonable discount but unless you’re rampantly fascinated to get the booklets, better wait for a standard edition. Assuming Anime Ltd put one out. I really do wish Anime Ltd would do as MVM tend to do, when they release a special edition be as clear as possible if a standard edition might be incoming. After all, not everyone has the cash to splash on fancy editions.

7
A solid cinematic triptych that expands the Psycho-Pass world, while building us up for series 3
LATEST REVIEWS