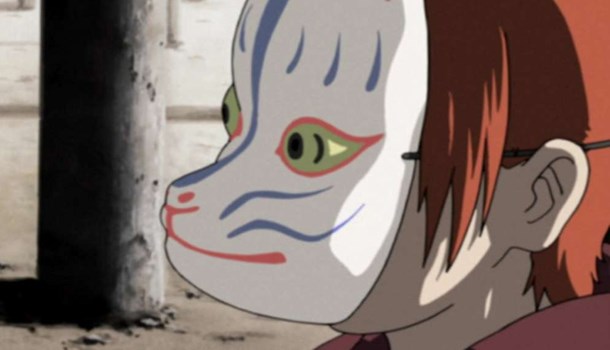 At the end of the review of volume 1 I was begging for more to happen in this volume. I begged for more understanding of the series and I wished for possibly more enjoyment as the first volume left me feeling that i wanted to like this series, but as yet, it hadn't given me a reason to like it.

My wishes are as yet, unfulfilled.

Much to my dismay this series has actually beaten Gasaraki for the title of “Seb’s most boring anime ever”! So far I have found some hints of a plot and a story and if you look past the dull character dialogue, there are occurrences of fighting, action and if you squint hard enough, personality!

In terms of what happens in this volume action-wise, plenty does happen. Describing what happens however is difficult. People die. Texhnolyze body parts fail to work and eventually kick major arse and a war starts. My understanding of what is actually going on is limited by “Buh, he dude who lost body parts to dude with sword, shiny.” It may just turn out that I am not smart enough to “get” the series which would be a first for me. At least with his other works you could at least get into the character interaction even if you didn’t quite get the plot immediately. I am finding it’s too much effort for too little end product. Anime should be enjoyable, and Texhnolyze isn’t.

I feel rather angry that the series has turned out this way. The massive potential, I feel, has been ruined by poor dialogue and writing on which, none of this is the fault of the distributor as both the dub, and the quality of the production, is flawless.

I apologise that this has become a rant review. I had so many hopes for this series, but it seems like it has just become another disappointment like Gasaraki was. If you would like to discuss my reasons for such a low rating of this 2nd volume, then please feel free to comment on the UK-Anime forum/Anime section.

3
Dull characters and surroundings are the least of this anime’s problems.