Welcome to the Ballroom (Part 2) 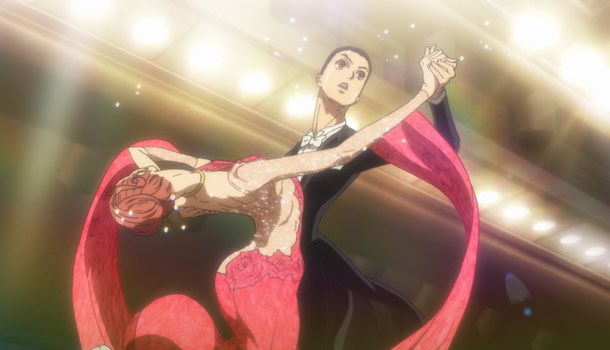 Welcome to the Ballroom (Part 2)

In my review of Welcome to the Ballroom’s first half, I said that, for me personally, the series was as near to perfect as it could be. It takes a sport that is largely unknown to many of us, and uses it to superb effect in telling a relatable, compelling, funny and visually spectacular story. I also said that this only goes from strength to strength in its second half, and I stand by that wholeheartedly. Far from just rounding off Tatara’s own arc, the show’s final twelve episodes accentuate everything that’s memorable about it, from it’s abstract art-style to how it neatly weaves dance into the emotional stories it seeks to tell.

In respect to its story, part two picks up exactly where we left off, with Tatara and Chinatsu stumbling into each other’s passion for dance, rather literally in fact. Now, even a casual glance at the box art for this half of the show will reveal how profound this chance meeting proves to be but, again, the pairing here is very different to any that we saw in the first half. While Shizuku and Mako gently framed Tatara’s maturity and his early growth in the world of ballroom dancing, Chinatsu brings an intense tension and friction to their partnership. As a result, we get a much brighter spotlight shined onto the mental and emotional choreographies between our characters, and discover how these internal and external arenas are bridged in vastly different ways towards the show’s climax.

But, as the tensions mount, certainly to a far greater degree than in part one, Tatara’s internal barriers begin to break down, and we start to see the holistic impact that dance has on his personality. As one character puts it toward the end of the show, it’s not just his dance that is unrecognisable; he completely changes by the end of the show, his early timidness giving way to an innate confidence of his place in the world of dance. 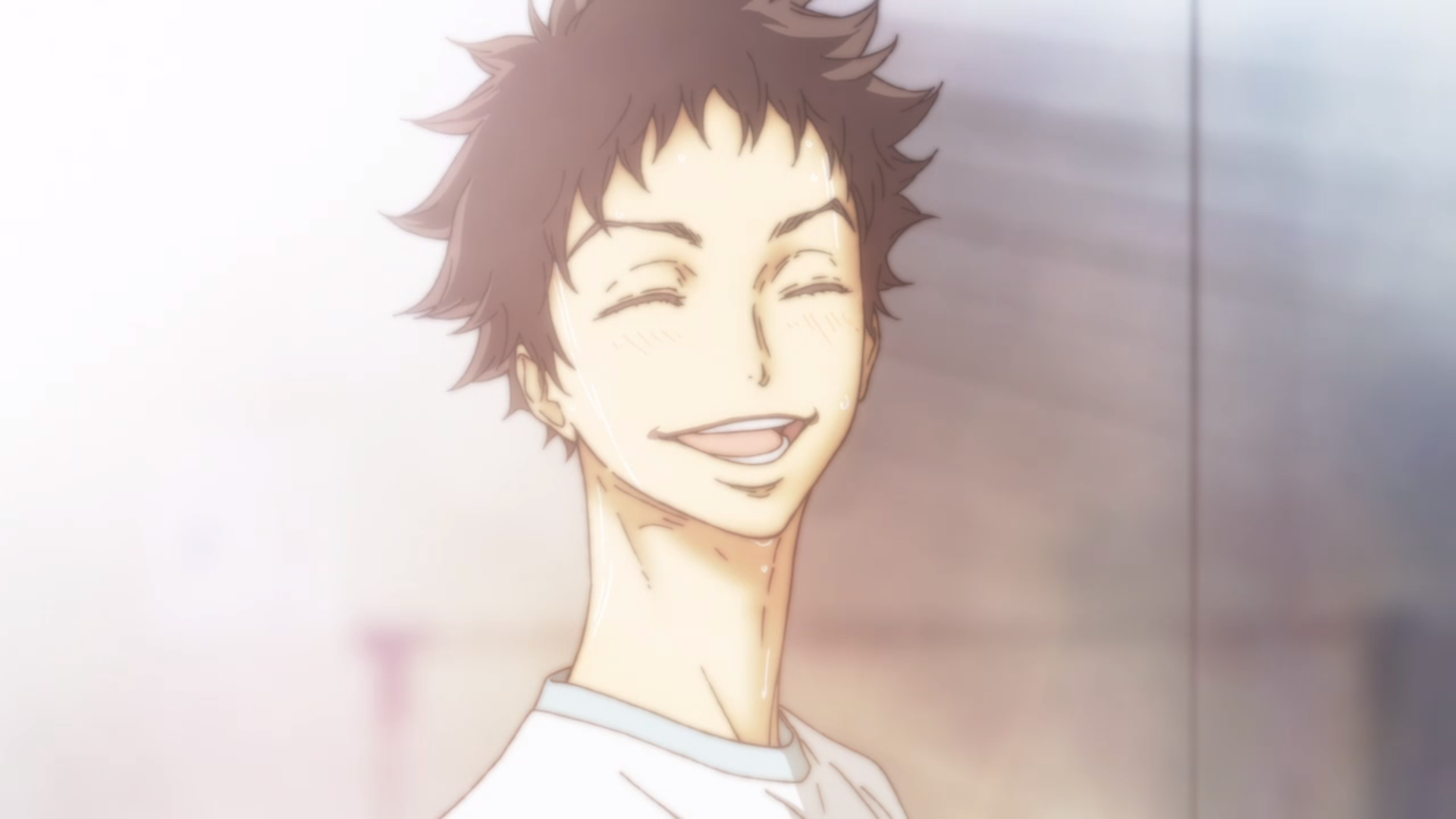 But, what I enjoy most about this arc is that the focus continues to be spread across a range of characters. To take just two, we see Chinatsu battle her ingrained fears of trust, all while her ex-partner, Akira, struggles with the fallout of leaning on her too much. Similarly, our old cast find their place gently commentating on and guiding Tatara and Chinatsu through the arc, much to our benefit. But, equally importantly, they also find Tatara’s contagious passion echo inside of themselves, and it gives each of them a newfound sense of belonging and understanding about what dance does for each of them.

And yet, one of my favourite pairings from the entire show is Masami and Tamie, who serve as Tatara’s and Chinatsu’s rivals in this second arc, but not in a morally bad way. In fact, the show never has ‘bad’ characters, and that’s what I think marks a great sports anime; it sees the good in all of them and each character, regardless of their motivations, has something valuable to add to the broader story.

But Masami’s arc is not a kind one; internally he struggles deeply with his place in the world of dance, and consequently in the world in general, being driven by an obligation to his tutor and the classical style in which he was taught - a style that is fading under the spotlight of younger, more intuitive dancers such as Tatara and Kaname. It’s a very dark story, but the way it sits so well as a compelling, self-contained narrative, while also offering a balance and perspective to the wider rivalry, shows just how well the characters are written, and it’s hard to say that Tatara and Chinatsu steal the show when there are so many worthy performers in play. 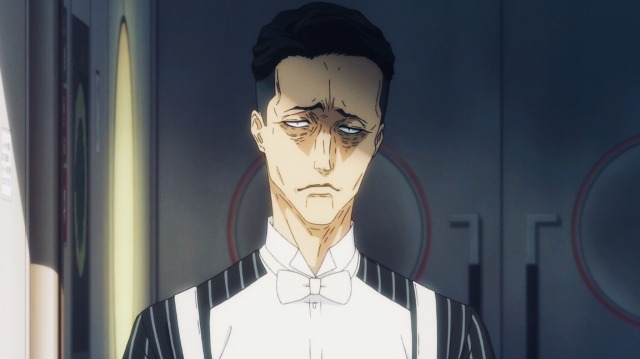 Having so many engaging characters means that, thematically, the show’s second half is also varied. Yes, we have the broader theme of each of our dancers, particularly Tatara, finding a place and a way to express themselves through dance, but there’s also a myriad of sub-themes woven into that. The nature of trust, for example, and how that experience is vastly different for each gender. The importance of compromise in our relationships. Following in the footsteps of others versus finding your own path, despite the messy, uncertain journey that can be. I don’t want to give too much away, but Welcome to the Ballroom’s themes are exceptionally broad when you start to unpick them, and none more so than in part two where age, style, background, gender and ambition all collide at breakneck speed on the dance floor.

And it’s that collision that produces some of the most exquisite animation that I’ve ever seen from an anime. I talked about this in my part one review and how so much is owed to the show’s original manga artist, Tomo Takeuchi, but in part two it’s even more remarkable. As different styles of dance clash against one another, the animation becomes equally disparate, and Production I.G do a wonderful job once again of energising the nuanced aspects of each of them. A big part of this are those accentuated bodies that Welcome to the Ballroom has become famous for, and we see that continue with characters like Chinatsu and Masami. These forms might seem too uncanny for some, but I think they really help to bridge some of the more abstract moments in the show, when the dances become more of a mental projection for our characters as they struggle with their own insecurities and each other. As I’ve said before, the animation style is simply perfect for this show’s setting, and it really does serve to showcase Takeuchi’s incredible talents as a manga artist, and Production I.G’s exceptional ability to breathe life into those drawings. 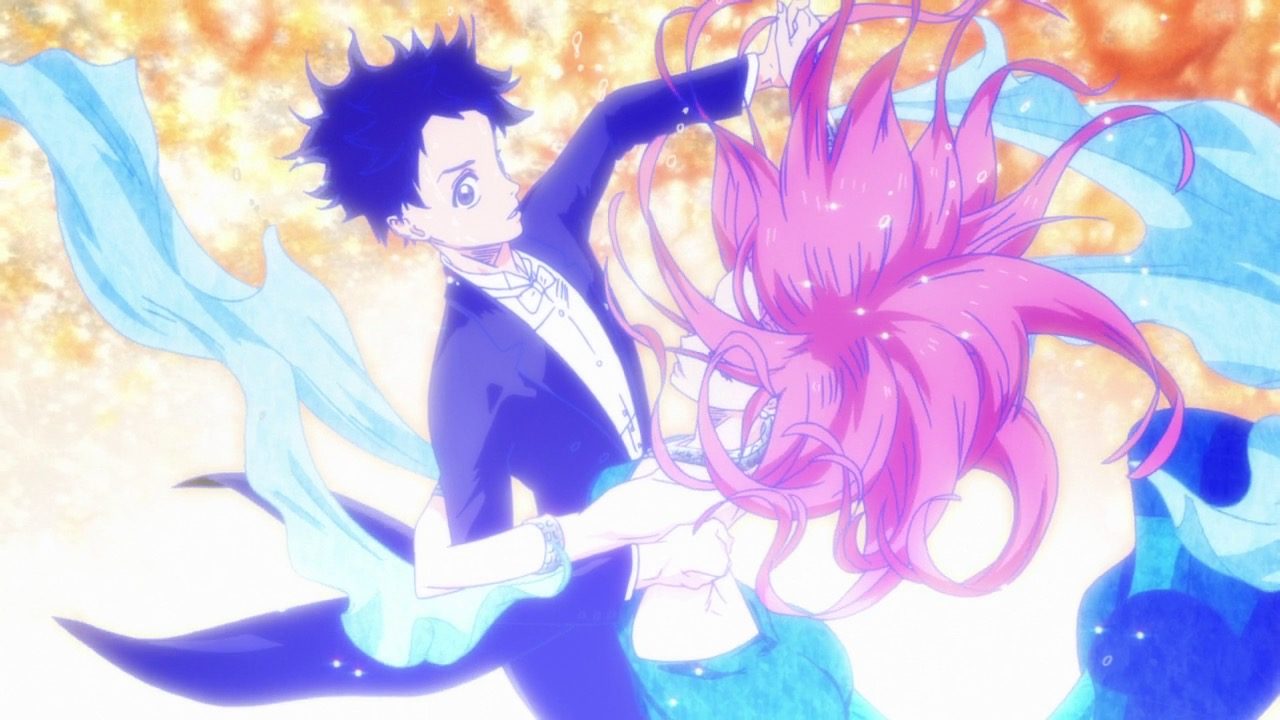 But, it would be remiss of me not to applaud the excellent vocal and musical performances that accompany the show’s many dances, and which heighten the emotional tensions and expressions between our characters. Funny enough, given how much of a spectacle the show is, they do sometimes get lost in amongst the activity and internal monologues, but they are without a doubt the gentle highlights of the series - ever so subtle at times, but bringing a vibrancy that allows the show to shine all the more brighter at it’s most profound moments.

Welcome to the Ballroom’s second half captures the very best of a show that I can only describe as wonderfully unique. The vivid and fluid adaptation of Takeuchi’s manga by Production I.G, the nuanced and engaging characters, and the various thematic angles that the show approaches them from; together, they meld into a stunning performance that is truly worth your time, and which I sincerely hope gets to continue in the not-too-distant future.

10
Welcome to the Ballroom’s second half captures the very best of a show that I can only describe as wonderfully unique.