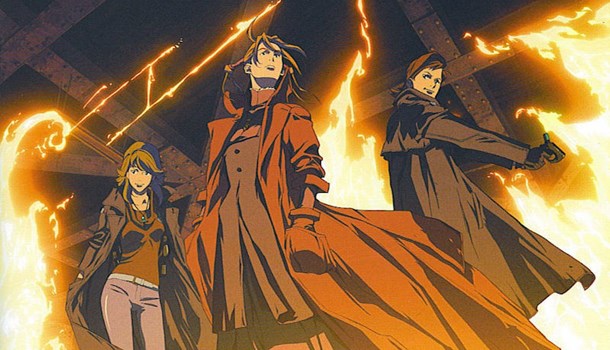 The second disc of WHR retains the momentum of the first disc, once again featuring a group of stand alone tales of the occult, and Robin's troubled integration into the STN-J organisation.

The cases on this disc include a bunch of killer dolls, a disappearing Witch and a man with mysterious healing powers. Whilst the caseload is varied, the cold and sombre tone remains resolute throughout.

Probably the most interesting thing about this second disc is the depiction of Witches as a very varied community - not all are evil, and some are actively using their power to help others (in a misguided way, admittedly). This newfound humanity lends a depth to proceedings, although a story arc is still sorely missing and would help to create some much needed direction - nice as it is to have a stand alone episode to watch, it could do with a few storylines to tie it all together to create something a little more coherent.

Still, this is a minor niggle in what is proving to be a mature and entertaining series, with a style all its own. The English voice cast remain palatable, although this is one series where the original Japanese cast stand head and shoulders above their Western counterparts. In a series that (so far) lacks emotion, you need as much help as you can get, and although the English cast try their best to create a sombre mood, it can be a little wooden at times.

So all in all, WHR retains much of its quality, and the stories remain entertaining, but it could just do with some direction to add a little zest to proceedings now that the initial "wow" factor has grabbed us.

And you still can't beat that theme tune...

8
Spooky and atmospheric, it could use a little more overall plot to add some intrigue.