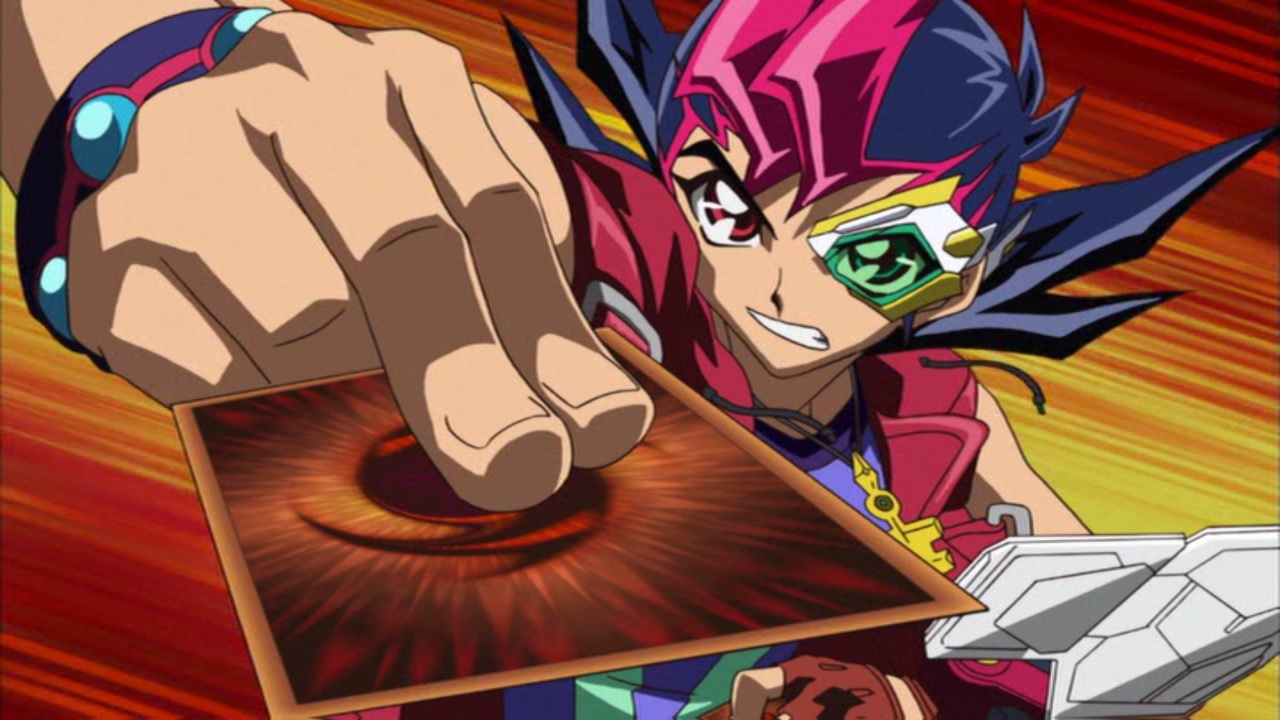 Following on from where collection 2 left off; Yu-Gi-Oh Zexal collection 3 sees the final set of episodes for the series and conclusion to the story. In this set of episodes things begin when Yuma and Astral, joined by their friends, need to track down special versions of the number cards which have sealed away an alien emperor. Using these cards one of the previous villains of the show hopes to unleash this emperor and the power of Chaos.

For the most part those who have kept up with Yu-Gi-Oh Zexal will already know what they are in for with these final set of episodes. More duelling, more Yuma throwing out his catchphrases, more pun based humour and escalating duels where one character just happens to play that one card they need to win. Where Zexal changes things up is that the trope of people drawing that one card they need actually becomes a mechanic most characters rely on. This is a game mechanic known as the “shining draw” or “Chaos draw” depending on which character is using it. This in turn leads to characters either drawing the exact card they need for a given situation; sometimes creating an entirely new card out of nowhere or ranking up the power of an existing card they have in their deck. This makes some of the moments in these episodes rather ridiculous with how often it will have characters escalating things to playing powerful cards that appear out of nowhere.

While the Yu-Gi-Oh franchise has thrived on the deus ex machina trope, actually having it as an actual part of the game as an ability some characters have access to seems like a really self aware thing the series is doing. At this point it seems like the writers are just having fun with the whole concept of the show by introducing this into the game and tieing it into the plot of the show. With regards to this escalation in power that characters have access to, like other shonen shows; escalation is the main order of the day in these episodes. Whilst the earlier episodes focused on monster-of-the-week style episodes and tournament arcs, these last few episodes have a much grander plot that the earlier episodes were building to. Like most shows like this the duels take on more meaning with their outcome deciding more than just who advances in a tournament and who goes home by having the fate of the universe at stake.

While being really ridiculous that a card game can affect so much, given Yu-Gi-Oh's general premise and tone all of this just seems natural. While the initial premise revolved around gathering special cards to help an alien recover from amnesia we now see why these cards are important and what is at stake with these cards. For the most part all exposition is done through dueling and conversations between turns. Tied into this is some adventure series style tropes that take the characters to rather exotic locations. The duels themselves are fairly standard for what has been shown already. Each duelist will work towards xyz summoning their strongest monster card which will have special abilities that they will explain the mechanics of each time they are used. Thrown into this are some jokes to break up the more serious moments. From all this, the series leads towards its conclusion which borrows some aspects from the previous series. Mainly the final duel between the two characters who were friends and partners up to this point. Overall the series ends quite nicely wrapping up most of the loose ends.

The set itself still only contains the English dub of the show across six DVDs with no extras. You do get forty eight episodes to finish the collection.

6
More of the same Yu-Gi-Oh! you've been watching up to this point
COMMENT AND DISCUSS
blog comments powered by Disqus