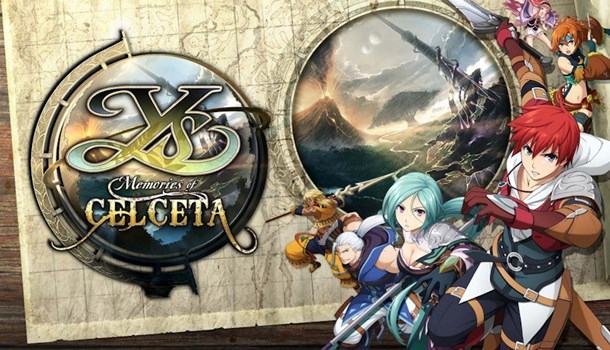 Originally released for the Playstation Vita in September of 2012 for Japan and February 2014 for Europe, Ys Memories of Celceta is an action RPG from the Ys franchise of games. This game, like the rest, follow the exploits of the adventurer Adol Christin. Celceta takes place shortly after Ys II but before Ys: The Oath in Felghana. The game begins with Adol stumbling into a town having lost his memories during a recent venture into the forest of Celceta. He joins up with an information broker called Duren in order to map the uncharted area of Celceta and uncover Adol's memories.

The first thing to make absolutely clear about this remaster of the game is that it is exactly the same game as the PS Vita version, adjusted only with a higher resolution and an improved frame rate. Nothing new has been added. Nothing has been changed. This version also shares the same trophy list from the PS Vita version. It is exactly the same game just on a bigger screen. The question to pose would be: Is this game worth your time if you've already played it on the Vita? For me at least the answer is yes.

Ys Memories of Celceta is an action RPG with frantic combat requiring quick timing for dodges and blocking, and one where a lot of enemies fill the screen. This on its own make the improvements rather welcome additions. The fights within Ys require attacking with a standard attack button in order to gain SP -this SP unlocks skills. Using these skills deals more damage to enemies and will increase in power over time the more they are used. Adol is accompanied by various companions during the journey, each of which have their own attacks and damage types. Adol focuses on slash attacks; which accounts for one of the three attack types for your party. The other two being pierce and strike. Having a party with a mix of all three provides great coverage for dealing with enemy weaknesses but also has the added benefit of increasing the rare item drop rate when defeating them. However, having two of the same attack types in the active party grants an attack boost. To help with this the game allows the player to switch between all three characters in the team at the press of a button. The SP gauge is shared between the player controlled characters, but each individual character has their own HP gauge. This allows the player to jump between the characters needed to exploit certain weaknesses when the situation calls for it. 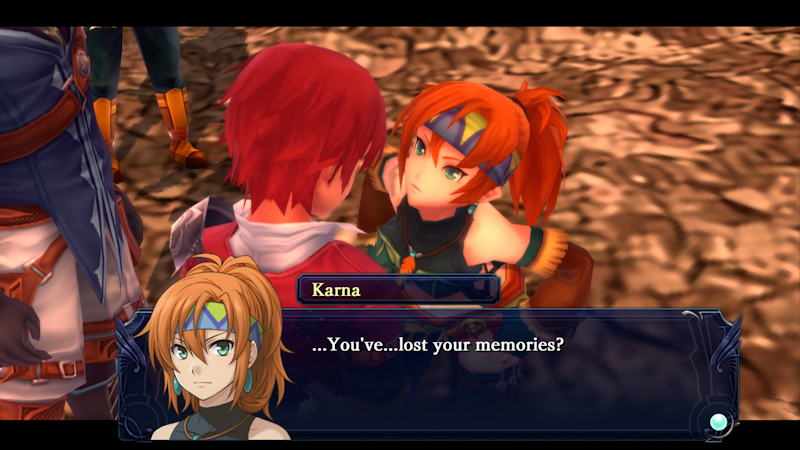 The game itself mostly takes place in a forest which the player needs to chart by filling in a map. The player will come across settlements within the forest as well as dungeons and waypoints. Each waypoint is colour coded allowing fast travel only between these points, until later in the game where fast travel is unlocked for all waypoints. This incentives the player to stick to a certain area in order to complete the story objective before moving on. Along with this is the usual trick games like this employ; having areas blocked off or not allowing the player to leave an area once they have entered.

Alongside the main quest, there are sub-quests which appear as jobs posted on each town's bulletin board - these update sporadically throughout the game. Each involves some variety of fetch-quest or hunt that is completed by killing monsters and looting rewards. This puts the game into a bit of a formulaic loop where Adol and company will show up at a location, have to solve the problem there and then unlock the sub-quests before moving on elsewhere. While formulaic, the core game is fun, with enough variety in quests/rewards that keep things interesting.

Thrown into the mix are shops in towns that allow you to utilise synthesis and weapon upgrades. Each weapon and armour can gain resistances and inflict various status ailments; poison, paralysis, freeze and burn to name but a few. By upgrading weapons you can gain a tactical advantage in battles by having weapons capable of freezing enemies in place and poisoning them. In Ys each item that can be found can be used as a material. Some shops even allow weapons to be used as material to feed to other weapons. Each attribute has a maximum of 9. With a bit of clever manipulation it is possible to upgrade a weapon to have 9 of each stat meaning it can provide a great advantage in battle. This adds a bit of depth to the game where making sure you have a weapon that deals these status effects and having armour to protect yourself against them is a great benefit. The  game also has a variety of accessories that have great effects making it easier to upgrade abilities, gain SP or even gain experience from walking.

Tied into this, the game also has dungeons where various artefacts are used, such as one that lets the player dash and run up certain walls or shrink to fit into tiny holes. Each party member has a specific action such as freezing poison vents, unlocking chests or cutting loose ropes. This is where the ability to swap out party members on the fly comes in really handy! The only time the game doesn't allow this is during its boss battles, of which there are many, mostly comprised of massive enemies with a huge health bar and a break gauge. Once the break gauge fills the boss is staggered, creating the best opportunities to inflict massive damage.

The soundtrack is noteworthy, especially the bombastic accompaniment to the daunting boss battles. The game contains sporadic voice acting to set the character's personality, but for the most part they are silent and information is conveyed through text. This could be a limitation of the original game, as it was an early vita release.

With all that said, Ys Memories of Celceta is definitely a game worth revisiting. This is a fun action RPG that has a lot to offer, and makes a great jumping-on point to the series, especially as much of what you discover is new to Adol as well.

In a world of upscaled ports, such as the two recent Secret of Mana remakes, Celceta may seem like a lazy effort, but the underlying game is good enough here that I have no issues recommending it to players looking for a good old fashioned adventure.

The launch trailer for Ys Memories of Celceta:

8
A Fun revisit to a hidden gem on the vita, and a good starting entry point for newcomers