Flowers of War, The 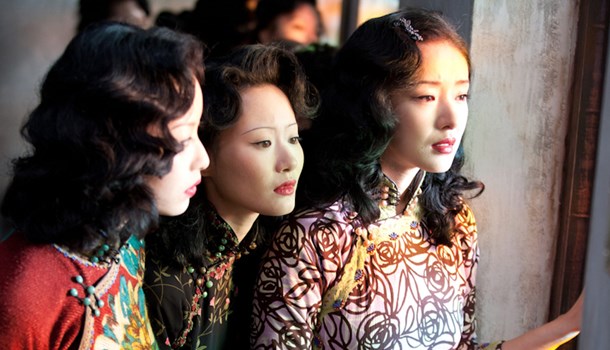 Flowers of War, The

Zhang Yimou, the man behind the vastly popular Hero and House of Flying Daggers (not to mention the mammoth spectacle that was the opening ceremony for Beijing’s Olympic Games) returns to us with an old fashioned war epic set during the Rape of Nanking in 1937. In what seems to be among the first examples of a new phenomenon in Chinese cinema as the East begins to look West, the film is led by Christian Bale as an American drifter caught up in the terrible events.

The film is narrated by the voice of a young girl recalling the fall of Nanking. As we first meet her she is one of several schoolgirls and other civilians desperately trying to escape the city even as it’s falling. She tells us that Major Li and his men have chosen to stay and try to defend them, but he has few men left - they are unlikely to survive. Unable to find a way out, the girls seek a hiding place but are turned away until they find an old grain silo and decide to wait it out in there. A foreigner appears in front of them, apparently cornered by a Japanese soldier, but when the wall in front of him collapses he just manages to jump inside the silo. The foreigner wants to know the way to the Cathedral, which is coincidentally the school to which the two girls are trying to return (and even more luckily as it’s a Catholic Convent school the girls are being educated in English).

The American, John, is the mortician engaged for the burial of the Cathedral’s priest, though as it turns out he won’t be needed. Demanding payment anyway, John begins ransacking the church looking for money and/or alcohol but is attracted enough by the creature comforts of the Cathedral to decide to spend the night there rather than immediately trying to venture back to the refuge. A short while later a group of women turn up and demand to see the cook who's apparently promised them protection, however the doorman doesn’t want to let them in because they are the ladies from the Red Light District. Being such feisty women they don’t let that stop them and climb in over the walls anyway. It’s all a bit awkward with these young convent school girls, the prostitutes, the lone boy who was the adopted son of the former priest and this drunken, self interested American residing in one place. If anybody is going to survive this hell on earth, everyone is going to have to put the old world behind them.

Of course this isn’t the first time we’ve seen the horrifying events of 1937 dealt with on-screen - Lu Chuan’s excellent City of Life and Death comes to mind, but if you were hoping for another nuanced examination of the wartime atrocity and the mentality that allows it then The Flowers of War is not that film. Zhang’s film, in fact, has a very, very old fashioned feeling to it - much like the Hollywood war films (or even Westerns) of the fifties it has a very clearly defined world view. There are only our guys (the good guys) and the enemy. There really isn’t time or space in this film to examine the Japanese as anything other than the ever-present threat to the Chinese women and girls, who have only the church and the American to protect them. Even though it is clear that some of the Japanese officers do not approve of the goings-on and would rather just go home, they don’t have the power to resist. It’s a very literal "foxes circling the henhouse" situation and Zhang does an excellent job of conveying the terror those trapped inside the church must feel.

Zhang also films the battle sequences very well, as might be expected. There are some surprisingly beautiful images given the subject matter and some truly great cinematography, but there’s no arguing that this is very much a film of style over substance. The Flowers of War is a sometimes sentimental and melodramatic war epic that is nevertheless a very entertaining film that does, in the end, prove to be moving. This is in large part down to Zhang’s directing talents, but also to the strength of the performances in the film which are universally good - Bale’s turn in particular is especially strong and carries the whole film very successfully.

If you can put the political dimension aside and appreciate this as simply a war film in a very Hollywood style mold, there is quite a lot to appreciate. Curiously, the fact that it takes place in Nanking in 1937 is almost an irrelevance; this story could have taken place in any other falling city in any other war - it’s just that we know just how brutal and inhuman the treatment of civilians was in this truly horrifying incident. There’s no denying that The Flowers of War is a very ‘light’ treatment of the subject matter and anyone who’s looking for a more mature examination of brutality would do better to look elsewhere (probably to City of Life and Death) but it does what it does very well. Unfortunately I think audiences, or at least Western audiences, may want a bit more than that, and the time of the unashamedly melodramatic war drama may have passed.