Ascendance of a Bookworm (Vol. 1)

Y'know, I throw the word irony around a lot in my reviews, but it often can't be helped. It's too resistible an urge for a writer to present one reality only to soutenu around it and toss their characters into their own personal hell. Ascendance of a Bookworm continues this sadistic trend with Urano Motosu, a bibliophile who hopes for nothing more than to spend her life surrounded by books, getting crushed beneath her lifetime obsession and isekaiing into a world where the printing press has yet to be invented and a single tome will cost a buyer three arms, two legs, and a pancreas. But a life without books is a life you might as well toss in the hearth, so Urano embarks on a personal quest to make a book in this bookless world or die trying.

Two things distinguish Ascendance of a Bookworm from the usual isekai throng. The first is that Urano doesn't reincarnate in her own body, instead giving some sickly five-year-old girl named Myne the boot and taking over her body. A side effect of this setup is that it makes it difficult deciding whether to refer to the protagonist as Urano or Myne.

The second is, well, everything else. Urano(?) isn't thrown a sword and leather armor and told to max out her levels to defeat the diabolical Demon Lord but instead has to adapt and learn to live in this medieval world. It's not the most butt-clenching read, but for a history buff such as myself, who takes great interest in how people managed to survive in a pre-wifi world, I was immersed in the little scenes where Myne hikes with the other kids to the forest to gather materials, helps her family batten down the hatches for winter, or becomes a Food Wars!-worthy chef by whipping up an orgasmic platter of pancakes, though it sometimes does run dry when Urano just lists the 1, 2, 3 steps for prepping dinner rather than describing a proper scene.

Isekai protagonists typically come in two flavors. The first are those who start at the bottom and work their way to the top, e.g., Naofumi Iwatani of the Rising of the Shield Hero. On the opposite end of the spectrum are your instant powerhouses. Ichiro Suzuki of the awesomely named but shoddily written Death March to the Parallel World Rhapsody comes to mind. Myne(?) falls into this former pool, the series title even handily noting this.

Reborn as Myne and fully assuming her identity, Urano is now the daughter to a poverty-stricken family trying to make it in a poverty-stricken city district, which dumps a garbage truck's load of setbacks on her, but her 21st century knowledge gives her a handful of edges in this technologically inept society. Having devoted day and night to reading, and having a mother desperate to get her interested in something other than deceased trees with ink smeared across their corpses, she's got a small collection of survival skills, crafting know-how, and historical footnotes which she uses to make what are entirely new inventions in this world, such as shampoo and a stick to hold her hair up. She's no Senku Ishigami, whose own breadth of knowledge on anything science is at times incomprehensibly stupefying, but it is good fun to watch her whip up with a concoction common to her but mind-blowing to her relatives and friends. Though because she didn't obsess over one subject like Senku did, it can come off as contrived when she goes, “Thank goodness my mother conveniently taught me how to construct a washing machine using dried seaweed, a pail, stones that look like Herbert Hoover, and some chewed up bubblegum.”

Since there're no goblins to grind on and no explosion spells to learn, focus isn't on Urano Myne becoming a badass magic-wielding, big sword-using paladin knight of the Nineteenth Circle but on her trying to assimilate to this world's culture, and it's quite the nuanced one. I had thought Is It Wrong to Try to Pick Up Girls in a Dungeon? had a slow-built but well developed world, but along comes Bookworm, which explains who can read, what they can read, and why they can read. You don't see attention to detail like that come along too often.

Supposedly, though, an aspect of this world nobody raises questions over is a five-year-old in bed with a fever 23 hours of the day suddenly jumping out and inventing random nonsense out of thin air and talking like a perfect adult. The reaction to Myne's apparent overnight transformation into a genius is fairly lackluster. Normally, parents hail their offspring as prodigies because they can count to seven, but the most Urano (Myne?) hears is, “Oh, you can read, write, and do math when most adults can't? That's mildly surprising.”

Speaking of reactions, Myne's/Urano's reactions themselves are annoyingly inconsistent. She faints at the sight of an animal getting butchered but hears about mushrooms which do the foxtrot if you don't incinerate them and has the same nonchalant disregard as a lamppost. I'm not expecting her to throw her arms in the air and scream, “Ahhh! Dancing mushrooms!” but you'd think she'd be a little more investigative when she hears a participle paired with foodstuff.

There're also two instances where her narration goes out of character briefly. The first is a comedic moment where she gets stuck in snow and has an existential breakdown. The second is when she refers to herself as a monster with a rare encounter rate. I describe these as out-of-character, but these were my two favorite lines in the book. Urano's narration style is rather matter-of-fact. She observes things as they are and doesn't set aside line space for hyperbolic jokes or make other game references. There's nothing wrong with this—a lot of series are written like this—but I do wish Urano Myne had injected more of her personality into her prose style. She's a bibliophile to the extreme, but she doesn't name a single novel she's read, use a particular title as a metaphor for her situation, or try to approach problems through the lens of a fictional character. I don't need her referencing Dickens or Hemingway every other paragraph, but if she's such a die-hard book connoisseur you'd expect that passion to shine through more.

Myne is a slow walker, becoming the embodiment of “slow and steady wins the race,” and fittingly the plot fits this pace. There aren't really any moments which'll have you sproing up going, “All right! This is where things light on fire!” and out of nowhere you've hit the epilogue. As the Part I in the the full title of this volume suggests, Ascendance of a Bookworm: I'll do anything to become a librarian Part 1: Daughter of a Soldier Volume 1, this is just the first act to a full arc, so most of the worthwhile content is to come, or so I hope.

What isn't worthwhile are the two side stories after the epilogue. In a first-person story, the protagonist typically monopolizes the narrative, and a pet-peeve of mine is when the perspective switches to one of the side characters. The author rarely makes this switch smoothly or takes into account how the side character's personality and opinions affects the narration, so the result is often a gratuitous first-person account justified with the argument, “Well, I wrote most of this in a first-person perspective, so why not stay in a first-person perspective?” The Rising of the Shield Hero does this for its side stories, and Classroom of the Elite has gotten into the bad habit of doing this with the main plot, and Ascendance of a Bookworm has unfortunately joined this fray with this awkward quirk.

The first of Bookworm's stories is a day out in the forest as Lutz, Myne's neighbor and a boy she practically makes a slave out of, goes hunting with the other kids. We learn that the animals of this world have crystals in them which can be sold for cold, hard cash—though not a lot of it—and that's it. It is a neat aspect how getting the crystal to sell actually means you screwed up skinning the animal, but other than that, the rest of the story just plays out as Lutz killing time.

The second of the side stories at first glance seems like a definite must-read. It takes place behind the eyeballs of Shuu, Urano's childhood friend from the real world, and with its title, Unchanging Daily Life, I thought it detailed life after Urano had been pressed into her thousands of tomes. But actually, it's just some recollection from a time she got locked in a library, and until they found her, everybody casually suggests she was kidnapped. Lutz's short story at least taught us something new about the world, but this one just wastes time. It would make Urano cry, but paper is better spent as bonfire kindling than printing this side story.

Ascendance of a Bookworm is on the dry side of prose, but it's refreshing from the usual go-register-with-the-Adventurer's-Guild rabble prevalent by sliding its toiletless society beneath a microscope and asking the question “How do people literally live here?” Urano's Myne's Urano's plight as a poverty-plagued, sickly girl is as well 1000x more relatable, reflective of how we don't get to choose the families or lives we're born in to, and it's up to us to try and make things suck less. Just like reality, Bookworm requires a little more patience to get through than its thousands of power fantasy isekai cousins, but then again, most isekai stories demand a great deal of patience when they explain leveling systems for the 90 billionth time.

7
Certainly no thriller, but stands out in the isekai section.
COMMENT AND DISCUSS
blog comments powered by Disqus 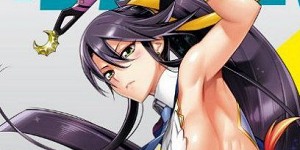 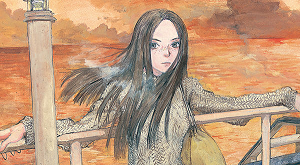 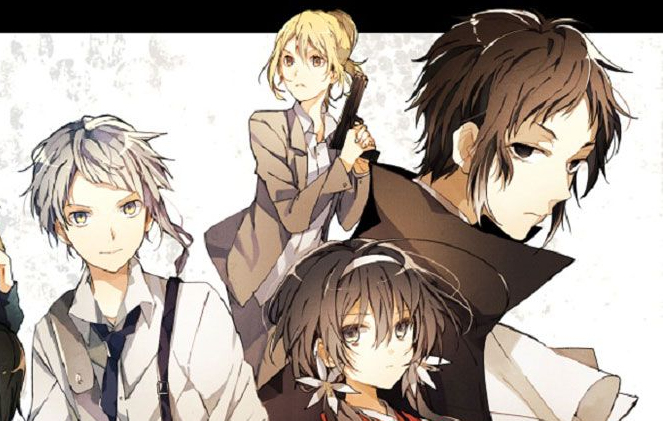 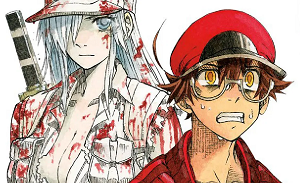 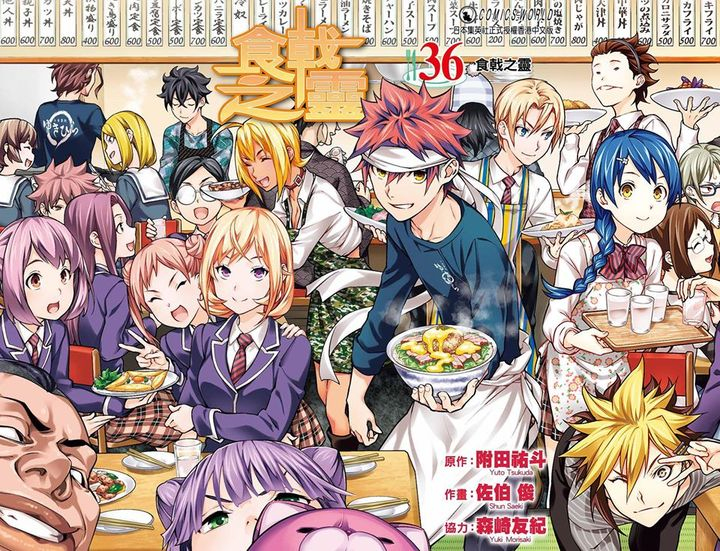