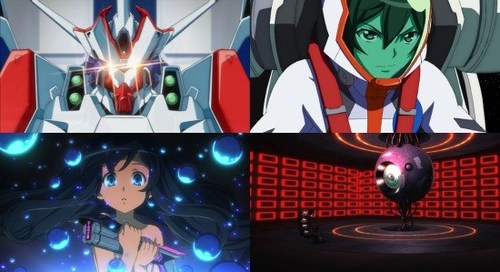 No this isn't the big budget sequel to Captain Planet (though that would be kind of awesome), but rather a new mecha show from Studio Bones. They have serious pedigree in this kind of series ever since RahXephon, but given that this is the studio’s busiest season since its founding (they have five TV shows out this year already, in all of 2013 they had one!) will they be able to bring their "A" game?

Daichi Manatsu is the son of an astronaut who lost his life is a deadly accident, or so everyone has been told. As Daichi is about to discover, his father was actually a hero fighting against the mysterious aliens known as Kilt-gang, and it is this destiny that is soon to be thrust upon Daichi as well. Having moved away from his father’s home following his accident, Daichi returns to the island of Tanegashima after as a gigantic rainbow ring is seen in the skies above the island. This reminds Daichi of Teppei, an odd boy he befriended years ago who could create something similar in the palm of his hand, and also of Hanna, a girl they found sleeping in a sphere of liquid. Upon his return there is no time for a reunion however, as Daichi manages to be chosen as the pilot of the huge mecha known as the ‘Earth Impacter’ and is almost immediately blasted off into space to fight against invading alien mecha!

As set-ups go there’s a lot going on across these first three episodes, which mostly deal with setting up characters and kicking off a variety of mysterious plot threads ready for big revelations further down the line. There are some really intriguing plot points going on, whether it’s the bizarre AI who keeps urging people to ask each other out or the bizarrely named and seemingly evil ‘Salty Dog’ corporation with their sonic head restraints. It’s certainly good enough to overlook what’s probably the most impractical mecha ever designed - first they launch a small robot from Earth which then gets plugged into bits from a series of space stations it passes through, turning it into a bigger mech. Even overlooking the cost of the fuel for the rocket there’s no way this thing could ever be ready in time to intercept an approaching enemy. Why not keep the thing assembled and have the pilot live on the space station? We know there are people there...  Anyhow, the series looks typically gorgeous as well, with the Earth Impacter itself being a brilliantly designed and animated mech.

What it doesn’t do though is let you overlook the fact that the characters are about as engaging as a blank piece of paper. There’s just no substance to any of them, meaning that it’s very hard to maintain interest in what’s happening on-screen. Daichi and Teppei in particular are dull - Daichi doesn’t even have any kind of reaction to what’s going on, he just instantaneously accepts everything that’s happening and decides to go toss his boomerang around; it’s like watching a series where every character is Rei from Evangelion! The only characters who seem to have any kind of personality or character are the two baddies we’ve seen thus far (with a total screen time of about five minutes between them) and Akari, a hacker who turns up in the third episode clearly to be the comic relief genius character. The fact that she has actual character traits makes you wish really hard that she was the lead.

There’s really very little else to say about the series at this stage. It’s just... sort of... there, and you’re left wondering just how much time Bones have spent on it given the insane energy of Space Dandy earlier in the year and the brilliant currently airing Chaiki - The Coffin Princess. As to whether it’s worth sticking with, it’s hard to say, but on the basis of these episodes I’d say it’s probably worth passing on. It’s clear that the series is trying to set up some big reveals later on in the story, but frankly it’s not worth it at the moment.

You can currently watch Captain Earth in streaming form on Crunchyroll.

5
A disappointing start from a studio who can do much better.
COMMENT AND DISCUSS
blog comments powered by Disqus

posted by Tom McIlroy on 17 Feb 2020
Weathering with You 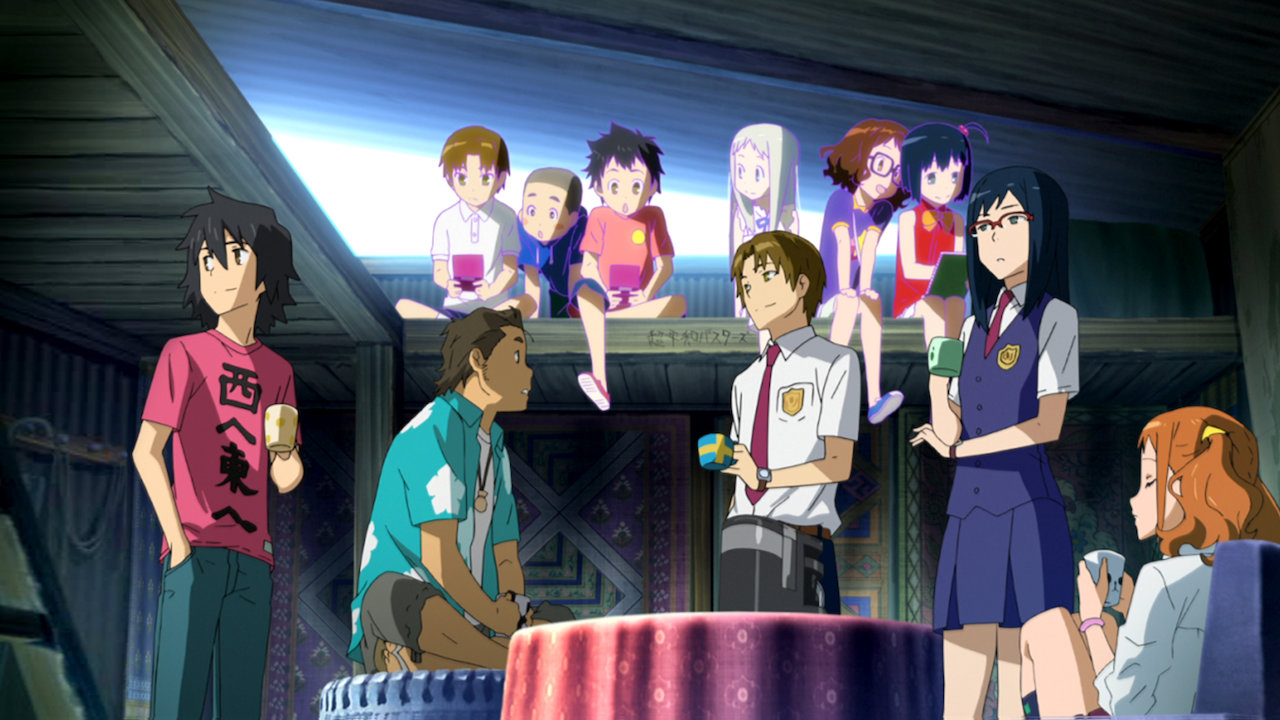 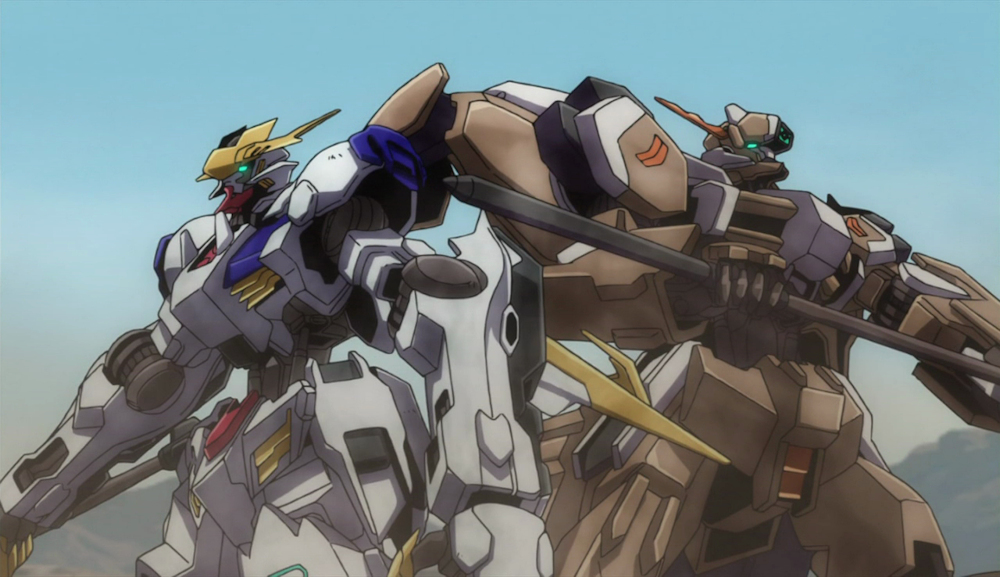