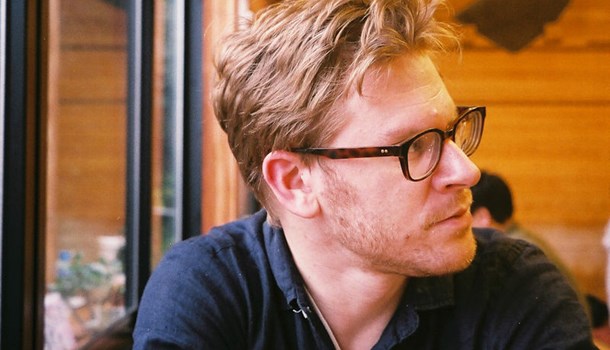 
How did your career in the industry begin?

I started writing about anime and Japanese pop culture in general for pubs like Otaku USA Magazine as a freelancer about 10 years ago (has it been that long?) and moved to Tokyo in 2012. I slowly got better at Japanese and added translation to the repertoire around 2017, mostly working on TV scripts. Multi-Mind is my first manga (so be kind, readers!).  Thankfully I get a lot of help from my editor Eric and a few manga translation senpai.

What was your personal method for learning Japanese, and how did you stick with it?

I’m still learning! I took a bunch of intensive courses, but the most useful thing was real-life exposure—thankfully not hard when you live in Japan (pre-pandemic, at least...).

Are there instances when you have trouble understanding something?

Every day. When it comes to Multi-Mind (and a lot of other manga), characters speak in stylized Olde Tyme dialogue which can take time to wrap my brain around.

Other than items like honorifics and the basic subject-object-verb sentence structure, how would you say the Japanese language differs from English?

As I’m sure a lot of folks know already, you can often drop the subject in Japanese—in fact, it usually sounds odd if you do use the subject. For instance, Bard wouldn’t say, “I’m going to attack,” he’d say, “going to attack.” You have to pay close attention to context to know who’s doing what to whom. And other times, honestly, you just have to guess.

You've done translation work for NHK World. How does that compare to translating a manga?

It’s a whole different ballgame. With narration, you’re writing text that’s meant to be read out loud, so you’ve got to make sure it feels right in the mouth, if that makes sense. I’ve realized over long years of doing this stuff that adverbs are, on the whole, really tough to say! That said, reading your stuff out loud is incredibly useful even if you’re writing something meant to be seen on the page. Helps you catch mistakes and give your stuff better rhythm.

Are there translations of a book or manga you did not do that you thought were exceptional?

Just off the top of my head, the subtitles on the recent talk between Hideaki Anno and Hitoshi Matsumoto on Amazon Prime were fantastic. I wish they’d credited the translator.

How much of a translated work's quality is based on the translation? Can a great translator improve mediocre writing, and vice versa?

I think a good 95% comes down to the underlying story. But a poorly translated work can stop you in your tracks and a well-translated one can really pull you in. I don’t know if “improve” is the right word, but a good translation can definitely clarify, or shed light on a different aspect of the work.

Fan translations tend to translate a series as literally as possible, whereas a professional translator tends to punch up the text and dialogue to make it more natural to an English-speaking audience. Any thoughts on this discrepancy?

Well, what’s the definition of literal? If a character is meant to be a beach bum and speaks in a, uh, beach-bummy cadence in Japanese, I’d argue that using a word like “duuuuude” would literally convey what that character is supposed to sound like, even if the Japanese doesn’t literally use that word. See what I, like, mean, maaaan?

Generally in translation, the standard is that a series whose setting is contemporary Japan retains honorifics and other cultural references, whereas other settings, such as the medieval world of Multi-Mind Mayhem, will not. A company like Funimation, however, eliminates these language-exclusive items altogether, with few exceptions. Any thoughts on this?

The YouTube Channel Cartoon Cipher describes translation as a multiple-choice question where no one answer is the best. What's your thought process for deciding the best answer?

My body contains the souls of a Japanese high school student and a Sengoku-era samurai who help me out.

The anime, manga, and light novel industries have seen a boom outside Japan in recent years. A few series made outside Japan have drawn inspiration from anime, but anime as a whole largely remains an Asian export. Do you think there might come a day when America or the UK or some other nation sees its own domestic anime, manga, and/or light novel industry?

Yeah, I think it’s already happening, with streamers like Netflix and Crunchyroll financing their own titles and with more non-Japanese animators participating in high-level creative positions like director, character designer, animator, etc.

Western names don't translate well when written in Japanese syllabary. How did you recover the original names when returning them to a Latin alphabet?

Yeah, some of the names the original author, Ryousen Tamaki, is going for are more obvious than others. Some of them are pretty cheeky, too. There’s a good Harry Potter reference coming up in volume 2. Others, again, are a multiple-choice test with no right answer. The main character could’ve been Bard, Bardo, Baldr, or Bald (okay, that last one was never in consideration). There’s a strong fanbase for the series already, so I have been sticking with what’s already been established if it feels right to me.

The original Japanese title of this series can be translated to something along the lines of Chaotic Reincarnation in Another World. Is the English title Multi-Mind Mayhem your creation or the handiwork of someone else working at One Peace Books? If yours, how and why did you come up with it?

Yeah, I believe I did come up with it. Let me note that we also retain the original Japanese in the full title! There are about a bazillion isekai titles out there lately, so it was a way to differentiate it a little bit and make readers aware of the premise right off the bat.

There's a character in one chapter who is biologically female but dons male clothing and behaves with male mannerisms, so I thought they might be transgender, but the characters refer to them with female pronouns. Any thoughts on this?

Yeah, Teresa. She has a bigger role from volume 3 onward. She’s referred to explicitly as “she,” “daughter,” etc. in Japanese, and the description in volume 3 says she “prefers women to men.” My take is that Tamaki intends her to be a cis bisexual who prefers men’s clothing because it’s better suited for combat. But there’s a larger point here that (just like in the west!), some Japanese titles are more regressive than others. Multi-Mind has been pretty harmless in that regard so far, I’m happy to say. But, yeah, what is the role of a translator when the source material doesn’t align with their own values? I’m interested in what you and your readers think.

We'd like to thank Matt for his time talking to us and providing a fascinating insight into the translation process!