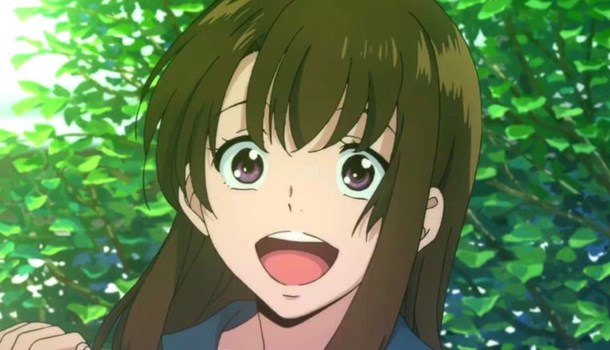 
We were invited to a Zoom call (The office spared no expense in flying us to our own living room!) to chat with the cast and crew of the new anime feature film, Sing A Bit Of Harmony. Here's what we had to talk about with the absolutely charming Megan Shipman (Shion), Risa Mei (Satomi) and ADR song director Brina Palencia.

UKA: Hello and thanks for speaking with us!

Brina: Yeah, Our pleasure, thanks for having us.

To start with can you tell us a bit about the films leads, Shion and Satomi and who they are as we find them?

Risa: Yeah, Of course. So Satomi is an only child in a single parent household and when she starts off you see her as a very very mature and responsible girl for her age. She’s a little bit of a loner so I feel she’s definatley going to be a character that a lot of the younger crowd is going to be able to relate to what with trying to find your place in school and society and growing into your own. So that’s who Satomi is and then all of that kind of...y’know, she’s comfortable staying in her lane, doing her own thing and then that all flipped upside down when Shion comes into the picture.

Megan: Yeah, Shion kind of just drops in. Shion is this AI that her Mom - Satomi’s Mom – has been working on and all of a-they’re trying to do this test run to see if she’ll work and it just kind of… For whatever reason Shion is just all about Satomi and just wants to be like ‘hey what's up Satomi? Satomi! Satomi!’. Like it’s all Satomi all the time 24-7 and it’s just so….I think for Satomi who is like you (Risa) said, is just so mature for her age which I feel is because she has to take on such a lot of responsibility because they’re in this single parent household and she probably has a lot of pressure. Then to have someone who's like ‘HEY let’s do this thing!’ You’re like ‘er no, lets not do that’. (laughs) ‘Let’s not do that at all’.

It’s like this really fun….its almost let’s Satomi become a teenager again and stop being an adult so much and she gets to focus on or start realising ‘Oh I can have fun and right now I shouldn’t be focusing on all these adult responsibilities quite yet.’ So I think it’s really fun watching Shion kind of drag Satomi around because she is dragging her because she (Satomi) doesn’t want to. But it’s really fun just watching Shion not even really meaning to because she’s just oblivious to it and just like ‘I want you to be happy’ and ‘what’s going on, oh my gosh’.

Watching Satomi and her friends transform because of how this kooky, crazy wild week of AI girl having chaos, it’s fun to watch them adapt to her because she’s very...she’s something!

Risa: They kinda have to! (laughs)

Megan: Yeah, they have no choice! 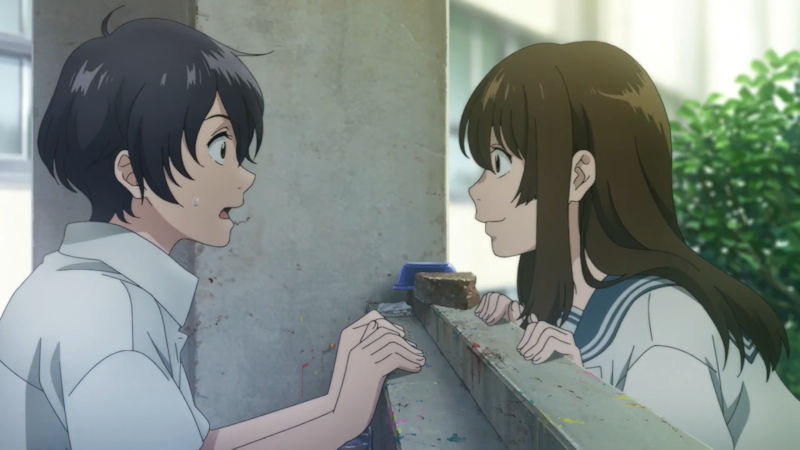 Megan: It’s one of those things where you kinda get dropped into this moment in Satomi’s life and you’re not quite sure what Shion is all about at first and just watching as the story unfolds and finding out why Shion and Satomi have such….Satomi and Shion….Oh my god there are just S’s everywhere, so many S names!

Megan: But when you see why Shion is so invested in Satomi it ends up being a really fun story to watch unfold and it really makes it a fun story to watch a second time so you really see the full big picture. Because then you can go back and be like ‘Oh my god’ and its even more lovely and wonderful. So yeah, it’s a fun watch.

Great! One of the things that’s quite different about this film is that its a musical with all the songs being dubbed into English. What’s it been like working on this kind of film as opposed to the more normally dubbed films with just dialogue?

Brina: Well that’s where I come in, so I find it incredibly fun! It’s fun because this is...it’s nor like a musical per say...the music plays a big part in the telling of the story. As Megan alluded to in the way the story unfolds there’s a lot of little hints in the music especially when you watch it a second time or third time around that you wouldn’t have noticed the first time that you’re like ‘oh, wait – that's why that theme was there!’. It’s really cool how that unfolds. I feel like to me the music is just like a second language for Shion and it’s how she translates a lot….I don’t want to speak to how Megan played it! (laughs)

The way I adapted the songs, to me that’s the way it was. Like her way of translating things that felt more universal.

Megan: Yeah, for sure. Shion, like I was saying earlier, she doesn’t have normal social cues because she’s an AI so the only way she knows how to relate to Satomi at first is through this music that She thinks that Satomi is just like love or something and she tries to connect to her like that. It’s almost like she knows that music is important, or that at some point it’s been important to Satomi or maybe that it will strike a chord with her (Very funny Megan! - ED) so I feel like it’s her way of trying to connect when she doesn’t have the normal way to express herself.

It’s really interesting because she’s doesn’t get frustrated, she’s just like ‘and now I’ll sing a song and I’ll tell you why you should be so happy all the time!’

Brina: I feel like it’s the way she connects to Satomi but it’s also how she gets everyone else to connect to one another. It’s like how she brings everyone together because it is kind of a universal language. So it’s like ‘oh, I can see that you are arguing’ or ‘I can see that you don’t understand this concept so let me sing it to you and maybe you’ll get it.’

Megan: And then maybe you’ll have this beautiful montage of memories and we’ll all feel things and (laughs) and it’ll be beautiful. It’s great, it’s really fun.

Risa: It’s so funny because you know that it’s definitely not meant to be a musical because even the reactions around her….It’s supposed to be in a very very real setting, a very very real world you're supposed to be able to relate to with this day and age, maybe a little bit more advanced. But we’re supposed to be able to relate to the world they’re in and all of a sudden it’s like having someone run into your room right now singing at the top of their lungs. You’d just be staring there like ‘oh...hi….OK...and they’re singing’. (laughs) So it’s really got that almost otherworldly feel to even the music itself. But, yeah it’s very fun and it definitely one of my (still laughing!) favourite aspects of the anime.

Brina: Everyone else's reactions to her singing is sooo funny.

Brina: The first couple of times that it happens its just like ‘wha...wah...why?!’ (laughs)

Megan: I remember when I got to the scene where she first walks in, that’s the scene they released when they announced the cast, I remember we got there and I had to have a moment because I couldn’t stop laughing because it was like ‘look at their faces – this is hilarious!’ (we hope that’s on the DVD! - ED). They’re just like ‘what? Who? Why?’

Risa: We’re like ‘who does this?’ The reactions were all genuine! (laughs)

That’s fantastic, we’re sadly out of time now. We’d just like to say a big thank you, we had a fantastic time with the time and chatting with you here!

Sing A Bit Of Harmony will be in select cinemas from 28th January.