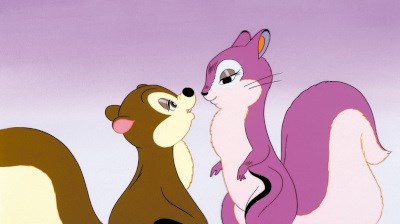 
As readers of UK Anime Network are aware of, I recently reviewed "The Osamu Tezuka Story" which was a manga biography of the incredible Osamu Tezuka. As an Osamu Tezuka enthusiast beforehand, there was plenty of information that I was already aware of but the area of Osamu Tezuka's career that I was least familiar with was the experimental short anime films that he produced over the course of his lifetime. As someone who revolutionised the anime industry by developing many of the cost-cutting techniques that allowed television anime to compete against Western animation, many of which continue to be used in the anime industry today, his passion for the medium of animation was truly boundless and, while developing anime such as Astro Boy which was economically viable, he also wanted to push the limits of animation by creating short films. I recently got my hands on an American box set that includes almost all of Osamu Tezuka's experimental short anime films and, now that I've finished the DVD, I feel compelled to discuss these fascinating works of art. 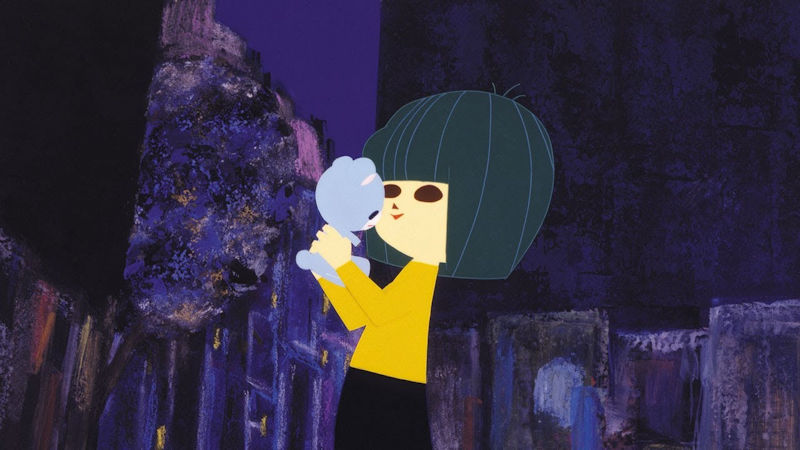 The first two experimental anime films that Osamu Tezuka produced were Tales of a Street Corner and Male. They were both screened at an event that Mushi Production held which also premiered the first episode of the 1963 Astro Boy TV series. Tales of a Street Corner runs for almost 40 minutes and features no dialog or voice acting whatsoever. Instead, the film is told purely through visuals and music as we follow the stories that take place at a street corner. These stories include a little girl who has lost her teddy bear, a family of mice who are trying to build a nest, posters who perform music and a moth who's been driven out of his home. The animation is a little stiff and jerky but the visual style is beautiful and most of the stories are fascinating to watch as they interweave with each other. The film also transitions from a playful atmosphere early on to a more sinister atmosphere as the film progresses. This change in atmosphere is expertly handled and, while I was less enthused about the moth plotline than I was about the others, I found myself really enjoying this film. Male is a much shorter work, only about three minutes long, that is set in a single room and has spots of light illuminate parts of the screen, revealing a man on the right hand side and a male and female cat on the bottom left hand side. The male cat acts as the narrator, discussing his observations about the man as well as the sounds he's hearing in the room. The audience is led to think one thing is happening until the very end of the picture where it reveals what actually is going on. While not as good as Tales of a Street Corner in my personal opinion, Male is still a respectable short film that uses some interesting techniques.

Over the lifespan of Mushi Production, Osamu Tezuka would continue to produce more experimental short anime films. Memory combines pictures of humans with animation to produce a very unusual looking work and tackles the concept of memory and how it changes over time. While a bit more comedic than I would have cared for, Memory was still a very interesting work with some very stylish animation and a fascinating premise.

Mermaid is relatively plain when it comes to its artwork with character designs only slightly more detailed than stick figures. However, the storytelling is brilliant. The film follows a boy who, while hanging out on a lonely beach, discovers a mermaid and takes her home. However, no one else sees the mermaid, only seeing a fish instead. The society's desire to strip away creativity and imagination in order to better assimilate people starts to come into full force at this point. While there's no dialogue, there are occasional intertitles that appear to give some context to the visuals. However, Kimstim's subtitling of this particular short is unbelievably terrible with the subtitles for these intertitles appearing nearly a full minute after they appear.

The Drop features a man who's stuck on a raft, is suffering from dehydration and notices that there are three drops of water on his mast. He proceeds to spend the rest of the short attempting to retrieve these drops with disastrous results. While amusing for the humour, I'm going to be completely honest and say that the Drop didn't feel particularly experimental. The art reminded me of the limited animation artwork of many Western animated TV series and the story didn't feel so adventurous that I couldn't imagine it airing as some cartoon anthology.

Oddly enough, Osamu Tezuka's next experimental anime short, Cigarettes and Ashes, isn't included in Kimstim's release. Why, I have no idea, but from what I've heard Cigarettes and Ashes is about a chicken who eventually decides to lead the other chickens in a rebellion against their oppressors. 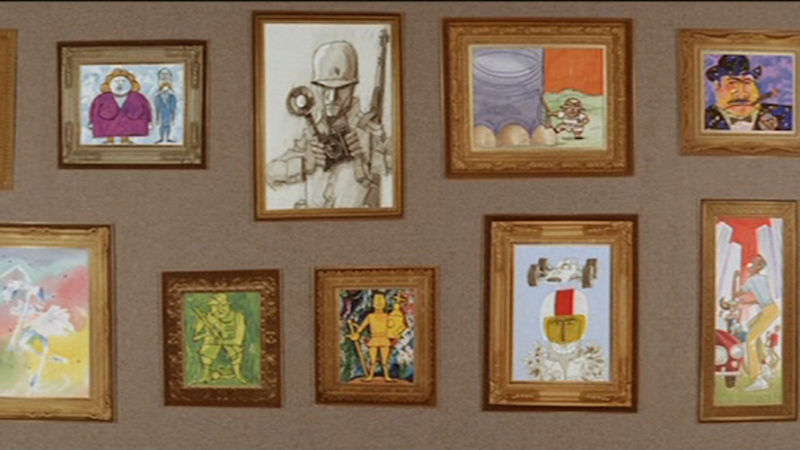 Pictures at an Exhibition is another longer short film at a little over a half an hour. The film was inspired by Modest Mussorgsky's Pictures at an Exhibition and has the viewer enter an art gallery where, on occasion, we are taken into a piece of artwork to experience a short film. While there are some truly brilliant stories in this film, I would also describe the quality as inconsistent with a few of the stories losing my attention.

The final experimental short anime film that Tezuka would create at Mushi Production was Genesis, a parody of John Huston's The Bible: In the Beginning. I've never seen The Bible: In the Beginning and so I was a little confused when watching Genesis. In many ways, it felt like Osamu Tezuka was simply making fun of creationism and, while I did find a certain level amusement from this fact, I would probably rank Genesis as the least interesting of these experimental short anime films.

After the fall of Mushi Production, Osamu Tezuka had to postpone his passion for experimental short anime films until the 1980s when Tezuka Productions finally ended up in a position to continue these projects. The first of these new experimental short anime films was Jumping, a short that had little story but was an unbelievably ambitious project. You see, the idea behind Jumping is that the viewer was watching the film in first-person and that this figure would begin jumping. These jumps would get progressively higher and higher and the entire environment would be animated to show this change in perspective. Environmental animation is very tricky and work-intensive and Osamu Tezuka managed to create a six minute film almost made up of nothing but environmental animation. This incredible animation, plus a little bit of humour here and there, entranced me as I watched the Jumping. 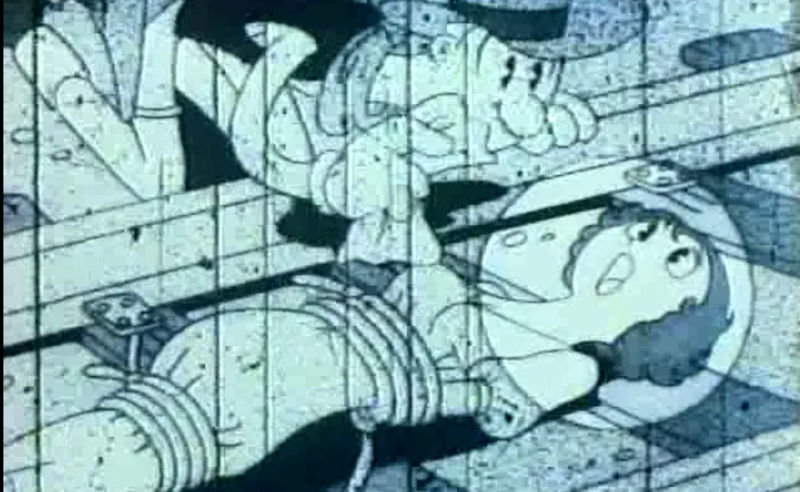 Broken Down Film tells the typical story of a cowboy who must rescue a damsel in distress from a train track before she is run over. However, the film is shot like it's old and in disrepair. Amusingly, this plays into the film with various issues such as asynchronous film frames, degraded picture quality and more interfering with our hero.

Push introduces us to a desolate Earth where people can buy almost anything they want from vending machines. The ultimate message of this piece is clever, even if it's a bit on the nose, with nice animation. 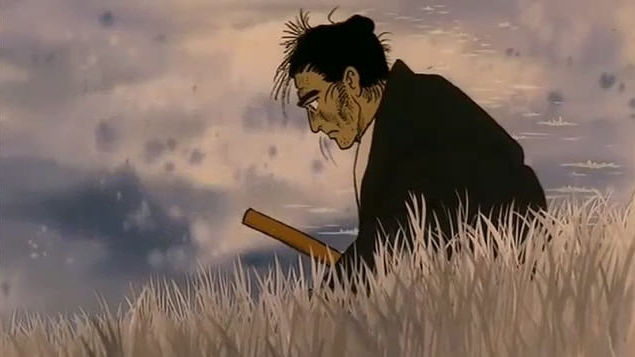 Muramasa follows a samurai who notices a sword that's been plunged into some straw. Taking the sword, he finds that the sword drives him to push his swordplay at any cost. Muramasa is quite entertaining and anyone who's into samurai media will find this particular entry fascinating.

Legend of the Forest was intended to be a four part work that would celebrate the history of the medium of animation while being set to Tchaikovsky's Fourth Symphony. Unfortunately, Osamu Tezuka was only able to complete parts one and four before his death in 1989. Nonetheless, I'm so happy he did because Legend of the Forest is one of the best works of animation that I've ever seen. The first part covers the life of a squirrel who faces off against a woodcutter. The animation of this segment is incredible, starting out as still images and working through many styles in the history of animation. I nearly collapsed in glee when I saw a segment animated similarly to the 1914 animated short "Gertie the Dinosaur", a film that's quite obscure unless you are familiar with animation history. As someone who is passionate about the medium of animation, this first part is, in my opinion, a perfect masterpiece. The fourth segment tackles the conflict between full and limited animation with a forest and its denizens animated using full animation while the woodcutters and their machinery are animated using limited animation. While still great, I thought it lacked the impact of the first part.

The final experimental short anime film that Osamu Tezuka would produce was called Self Portrait which runs an impressively short thirteen seconds! This short follows the structure of a slot machine with faces split into three vertical slices trying to match. Once the faces match up, as Osamu Tezuka's cartoon rendering of himself, coins flow from his mouth as if you've won at slots. While simple, it's clever, nicely animated and gets a good laugh.

Having watched these wonderful short anime films, I continue to be astonished at how endlessly creative Osamu Tezuka was. While a little inconsistent in quality, these films are nonetheless incredible and I would certainly encourage any fan of animation or Osamu Tezuka to seek out these films.