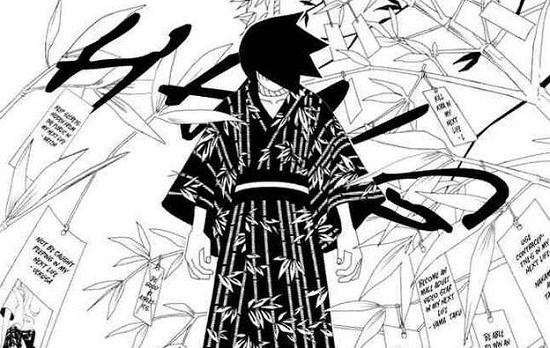 After marvelling at the satirical wonders of Sayonara Zetsubou Sensei's opening volume, Koji Kumeta's sharp-eyed and surreal masterpiece is back for its second English translated volume.  Coming fresh from filling its first volume with introductions to the manga's various major characters and the humour that goes with them, you could well say that this second volume launches us into the series proper - Which means that it's time to take a deep breath and be prepared for frequent visits to the volume's translation notes, Wikipedia and the like if you really want to make the most of it.

As we noted in our review of volume one, the barrier of entry for anyone reading this manga is high due to both the style and substance of Kumeta's sense of humour, filling the pages as he does with references to Japanese and world culture and expert wordplay.  If this was true of the first volume, then it becomes absolutely vital at times to the second, which really gets stuck into popular and classical culture as well as Japanese history - Thus, be prepared for jokes about Gundam and Dragonball on the one hand, followed by references to Nostradamus the next... and often in the very same panel!

Thankfully even without such in-depth knowledge or desire to research every word of this volume, there is still plenty on-hand to keep you amused - For example, even if you don't know who Commodore Perry is, you'll still laugh long and hard (and indeed cringe on occasion) at the efforts of the "Commodore" depicted here to open anything and everything he can get his hands on.  There's also a hilarious anecdote written directly by Koji Kumeta himself about seeing his own work bought to be used as reference material for Gintama doujinshi, and who can refuse to consider buying a manga that a features an illustrated guide to the truth of the universe?

Visually, the artwork on show in this volume is similarly packed to the rafters with little details, somehow managing to squeeze in a ridiculous amount of humour and eye catching distractions (and when necessary a plethora of text) without ever compromising the simple yet stylish artwork of the panels themselves.

Overall then, this second volume of Sayonara Zetsubou Sensei may be heavy going at times (and much like the first volume, a second read-through of the manga is much advised once you've taken in all of the translation notes, which are once again brilliantly comprehensive), but if you can live with the knowledge that you won't understand all of the humour depicted here and simply make the most of what you can then you'll still be plenty amused and entertained by the antics of Nozomu Itoshiki and his group of equally dysfunctional students.

8
It's more heavy-going than volume one, but there's still a lot of razor-sharp humour to enjoy.