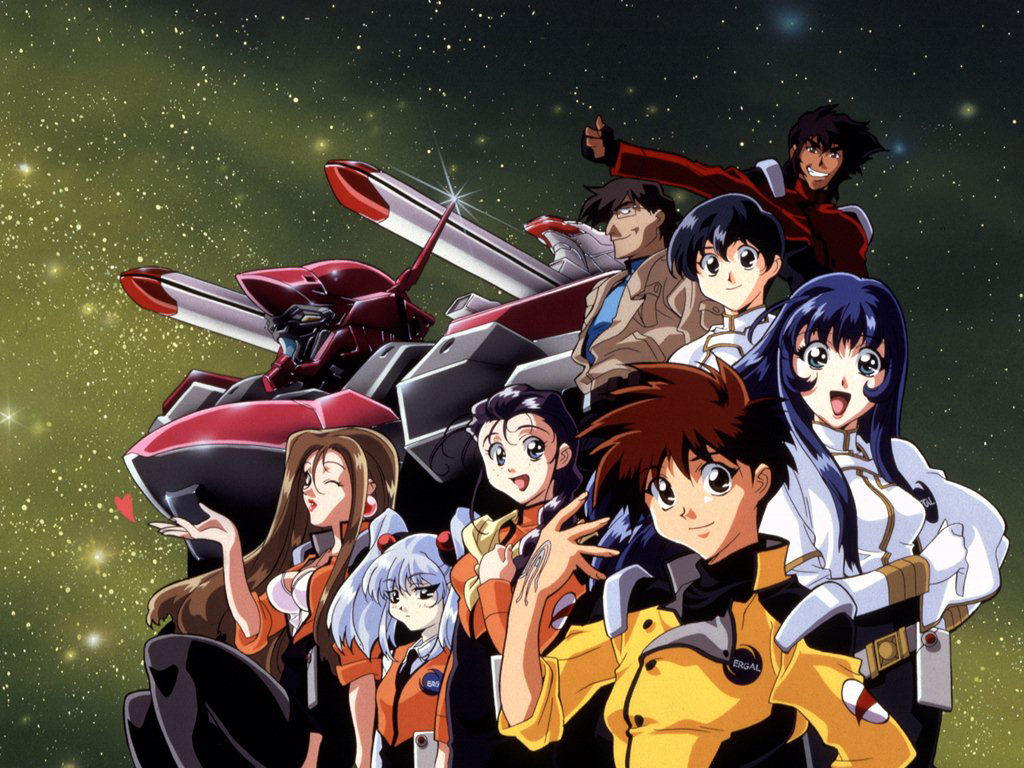 Alongside all of that manga and light novel news, there is of course plenty to discuss from the North American manga business courtesy of this weekend's Anime Expo 2016 event in Los Angeles. We've already talked about Crunchyroll's entry into the home video  market as a masive piece of news in its own right, but let's look over the other US distributors to see what they had to talk about.

The main thrust of Sentai Filmworks announcements was to confirm dubs for previous announced titles - Amagi Brilliant Park, Food Wars, GATE, Himouto! Umaru-chan, Is it Wrong to Want to Pick Up Girls in a Dungeon?, Monster Musume and Ushio & Tora will all be getting an English dub treatment. There are no release dates specified for any of these titles at present.

Food Wars, Umaru-chan and Is it Wrong to Want to Pick up Girls in a Dungeon will be coing to the UK via Manga Animatsu, while GATE and Monster Musume have been acquired for our territory by MVM Entertainment.

The biggest news from Viz Media is that they hold and will be leveraging the Blu-ray release rights for JoJo's Bizarre Adventure, with plans afoot to release the Phantom Blood arc complete with its English dub and with further arcs to follow.

In other news, One Punch Man will be getting an English dub for the company, in advance for it hitting US television via the Toonami programming block starting July 16th. The series has been acquired by Kaze for a UK release.

Meanwhile, at a Sailor Moon specific panel it's been confirmed that Sailor Moon S Part 1 will be released in November as a DVD/Blu-ray combo pack. As well as standard edition DVD and DVD/Blu-ray combo releases, a Limited Edition will also be available containing a chipboard box, booklet and filler box for part two of the series.

The biggest announcement to come from Aniplex of America is that God Eater will be getting an English dub for its home video release across two volumes on November 29th 2016 and January 31st 2017.

Finally, Full Metal Alchemist Brotherhood will be streamed on both Crunchyroll and Netflix now that Funimation Entertainment's North American rights have expired - these streams are unlikely to be available in the UK however, where Manga Entertainment still holds the rights.

There was plenty to show off from Nozomi Entertainment at Right Stuf's panel at the show, but the only one that really matters (to us) is that Martian Successor Nadesico will be getting a Blu-ray release alongside its prior DVD edition.

Beyond this, Galaxy Angel will be getting a Blu-ray release with both English and Japanese audio with English subtitles.

Streaming service DAISUKI sprung a particularly big surprise upon us by announcing that they'll be starting up a premium subscription service - costing $5 a month, this service will be limited to North America on launch, but will provide subscribers in that territory with premium-only access to a number of simulcasts as well as catalogue titles including a number of Mobile Suit Gundam series.

Anime distribution powerhouse Funimation Entertainment had plenty to announce across the course of the show's Sunday. License rescues from the company includes Ghost in the Shell 2: Innocence and a Blu-ray release for Code Geass in its entirety on October 4th, while Ecaflowne is now scheduled for an October 18th US release (with Anime Limited's UK release of their own Ultimate Edition for the series theoretically hot on its heels).

New acquisitions for the distributor consist of Makoto Shinkai's latest movie Your Name for theatrical and home video release, while it's been confirmed that they'll be streaming Drifters to the UK this autumn in advance of a North American home video release - Universal Pictures will be releasing the series on home video on our shores. Also acquired by the distributor is Show By Rock!! Short!! for streaming - no news on UK availability at this time.

We'll be keeping our eyes peeled for further news over the course of the remainder of Anime Expo weekend, so check back later to see if there's any more to reveal!