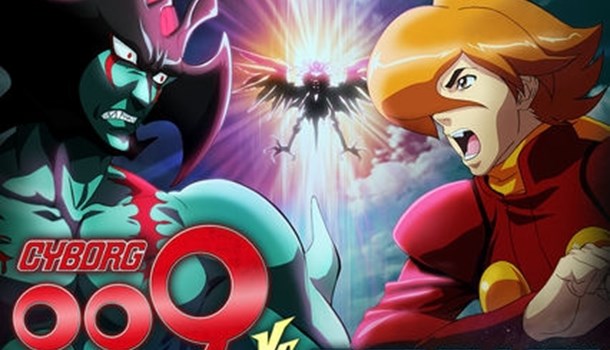 
We missed it at the start of the month (or perhaps we simply dismissed it as it was April 1st), but another big addition to Netflix's service has also reached the UK (as well as numerous other territories, including Japan).

The addition in question is three-part crossover OVA series Cyborg 009 vs Devilman. Released in Japan late last year, the OVA was crafted to commemorate the 50th anniversary of the debut of Shotaro Ishinomori's Cyborg 009 manga. Here's a (very) brief synopsis from Netflix themselves:

When a Black Ghost scientist releases newly modified cyborgs and mysterious demons appear in Tokyo, the worlds of "Devilman" and "Cyborg 009" meet.

The OVA is available with both English and Japanese audio with English subtitles, and can be found right here on Netflix UK.