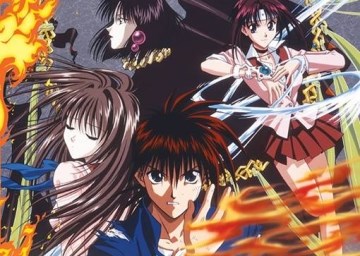 
After revealing no less than four new licenses earlier this week, you'd be forgiven for thinking that would be the last we heard from Discotek Media in a while in terms of announcements. However, think again, as the company has now revealed another pair of acquisitions for a North American DVD release.

First up is a license rescue of a former Viz Media title, with fantasy action series Flame of Recca now slated for a 2015 release - a complete series collection containing all 42 episodes will be released on DVD with both English and Japanese audio with English subtitles.

Also snapped up by the distributor is shoujo series Ceres, Celestial Legend, another Viz Media license rescue that will also be released on DVD as a complete series collection sporting all 24 episodes with English and Japanese audio with English subtitles.

Are you interested in either of these acquisitions? Would you like to see them released in the UK? Let us know in the comments!