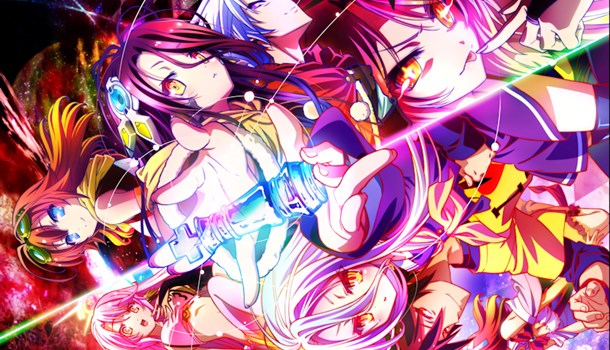 
Thanks to our unmentionable torture techniques, MVM have confirmed that they will be releasing the theatrical animated feature No Game No Life Zero as part of their 2018 line-up. We expect a formal announcement to be made at MCM London Expo in a few days, but this is great news for fans of the hit series.

We expect this release to be a repackaging of the Sentai Filmworks dub (with original Japanese dub and English Subtitles available) on Blu Ray and DVD.

Six thousand years before Sora and Shiro were even a blink in the history of Disboard, war consumed the land, threatening to wipe out the human race. Amid the chaos, a young man named Riku leads humanity toward the tomorrow his heart believed in. One day, he meets Shuvi, a female exiled "Ex-machina" android who asks him to teach her what it means to have a human heart.