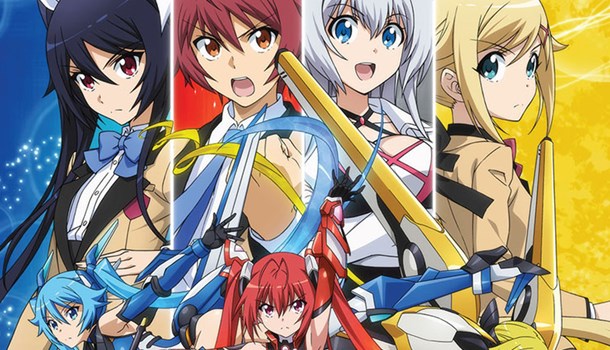 
Back at the end of April, we reported on the appearance of a number of titles from Funimation Entertainment on Amazon UK's storefront, leading to a frenzy of speculation regarding what this actually meant and whether the North American distributor was directly entering the UK market.

For starters, it's now been confirmed via Twitter that the UK's very own Anime Limited will be working with Funimation Entertainment to bring titles to the UK - we alluded to this at the weekend, discussing how Funimation themselves will be doing the "heavy lifting" in terms of producing these releases while Anime Limited will handle any UK-centric concerns such as BBFC certification and the like.

With that piece of news out of the way, we now have a full and updated list of titles and dates that represent the first batch of Funimation Entertainment titles to be released in this fashion over the coming months:

All of the above titles will be released as DVD/Blu-ray combo parts, with the exception of both Fairy Tail and Rainy Cocoa which are slated as DVD-only releases

It's also worth noting that a pair of outright Anime Limited licenses have been listed within these titles, suggesting that they will both be equivalent to their US home video counterparts - Ninja Slayer From Animation is listed for a 22nd August release while Brothers Conflict arrives a week later on 29th August, both as DVD/Blu-ray combo sets.

Do you have any thoughts on Funimation Entertainment's entry into the UK home video market in this fashion? Are there any other Funimation titles you want to see given this treatment? Let us know in the comments.