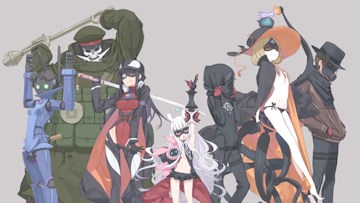 
At their panel at last weekend's MCM Manchester Comic Con, distributors Manga Entertainment and Animatsu Entertainment had plenty to unveil, with the promise that pre-orders for most of their announcements would be available online by the end of the following week.

True to their word, Amazon UK is now awash with pre-orders for all of these company's Q4 releases, allowing us to build a picture of everything coming from Manga Entertainment, Animatsu Entertainment and Kazé for the months of October, November and December.

Thus, to see what's lined up for Q4, check out the list below. It's hard to pick out notable additions from such a compelling list, but it's worth noting confirmation of release dates for Mirai Nikki and Chaika: The Coffin Princess as well as the second volume of Ghost in the Shell ARISE episodes. October 26th is a big day for Dragon Ball Z fans meanwhile, and the previously unannounced license of Takashi Miike movie Yakuza Apocalypse is set to hit the UK on October 12th.

Which of these releases are you excited about? Let us know in the comments!