Manga Entertainment brings Yu-Gi-Oh! The Dark Side of Dimensions to UK cinemas 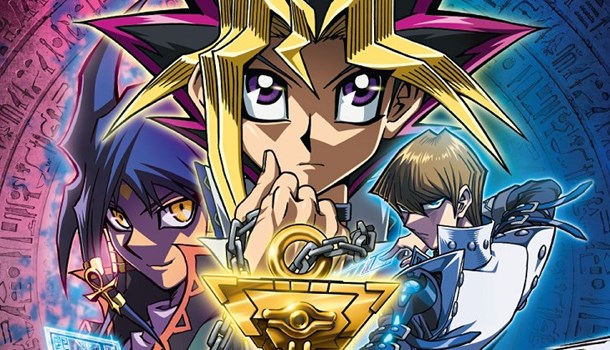 Manga Entertainment brings Yu-Gi-Oh! The Dark Side of Dimensions to UK cinemas


It's a good time to be a fan of anime when it comes to theatrical screenings, and to kick off the coming weekend of festivities at MCM London Comic Con Manga Entertainment have brought us a big announcement to set the tone for the coming days.

The distributor has this morning revealed that they have partnered with 4K Media to bring the latest film in the long-running Yu-Gi-Oh franchise, Yu-Gi-Oh! The Dark Side of Dimensions, to UK cinemas on Wednesday, 1st February 2017.

Here's some more on the film, courtesy of the announcement on the Manga Entertainment web site:

London - October 27th, 2016 – Manga Entertainment, a national distributor of Japanese animation in the UK, has formed an alliance with 4K Media to distribute the highly anticipated Yu-Gi-Oh! THE DARK SIDE OF DIMENSIONSmovie to over 120 cinemas across the United Kingdom and Ireland. The feature film will be released on February 1, 2017 and run as a limited-time theatrical engagement.

In Yu-Gi-Oh! THE DARK SIDE OF DIMENSIONS, the stakes have never been higher; the rivalries never as fierce; the risks never so great. One wrong move—one card short—and it’s game over for good. A decade in the making, Yu-Gi-Oh! THE DARK SIDE OF DIMENSIONS features new designs and an all-new story from the original creator of the global phenomenon, Kazuki Takahashi. His masterful tale features anime’s most beloved characters in their long-awaited return: Yugi Muto, Seto Kaiba and their faithful friends Joey Wheeler, Tristan Taylor, Téa Gardner and Bakura. It’s the most highly anticipated re-YU-nion ever!

“Yu-Gi-Oh! THE DARK SIDE OF DIMENSIONS is the film fans have been waiting 10 years for, and we are absolutely delighted to be bringing this to audiences in the UK and Ireland. This is an amazing opportunity for us to work closely with 4K Media to showcase this fantastic film to original fans as well as introduce the brand to a whole new generation," said Andrew Hewson, Marketing Manager of Manga Entertainment. "For a limited time only you can catch your favourite Yu-Gi-Oh! characters up on the big screen in their latest action-packed adventure!"

“With its successful history of distributing top anime brands throughout the United Kingdom and Ireland, Manga Entertainment was our natural choice to take on this important role for the theatrical release of Yu-Gi-Oh! THE DARK SIDE OF DIMENSIONS,” said Kristen Gray, 4K Media’s SVP of Operations, Business and Legal Affairs. “Kazuki Takahashi has envisioned another must-see adventure for Yugi and his friends that will surely delight existing fans while creating new ones.”

Tickets will be available to book from Friday, 28th October at the following cinema locations (with more still to be added) - you can also find screenings near you from the film's official web site: