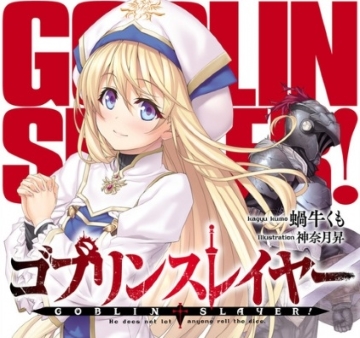 Back in early April, we reported on some fascinating endeavours from Kadokawa to more efficiently promote and sell their titles in the west, entering a strategic deal with Crunchyroll while more notably buying a significant stake in manga publisher Yen Press.

At the tail-end of last week, publishing trade web site Publishers Weekly dug a little deeper into this deal between Yen Press and Kadokawa to explore what it means for the new entity. Perhaps most notable is how the licensing of both Kadokawa and titles from other publishers will work for the new-look Yen Press:

"In addition to continuing to license comics and prose works from publishers other than Kadokawa, Yen will produce its own original material and will have a first-and-last-look option on licensing Kadokawa’s manga. Meanwhile, the Japanese house will still license its manga to other publishers."

As if to underline this, the article has confirmed that Yen Press have acquired the license to Goblin Slayer!, a Square Enix title that will be released simultaneously in English alongside its Japanese release on the 25th May, with its light novel to follow in December.

Also confirmed is that Yen Press will be looking to leverage Kadokawa's digital manga platform BookWalker by bringing its content to the service.

You can read the full details over at the Publishers Weekly web site.