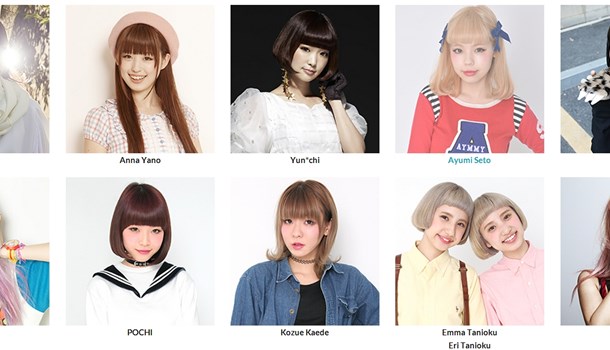 
Next month is shaping up to a busy one in terms of events, with the MCM Manchester Comic Con closely followed by Hyper Japan 2014, which takes place between Friday July 25th and Sunday July 27th at Earl's Court in London.

The Moshi Moshi Nippon project to introduce Japanese pop culture to overseas events will be sending a number of musical artists and models to this year's event, including the following:

Nagi Yanagi - A singer and songwriter with an impressive set of credentials (including work as a guest vocalist for Supercell) that will be instantly recongisable to anime fans, including work on ending themes for Bakemonogatari, Jormungand, Cencoroll, Waiting in the Summer and Nagi no Asukara.

Yun*chi - A singer whose performances include the ending the theme to Log Horizon and the opening theme of AIC's OVA Mahoutsukai nara Miso wo Kue!

Also at the show will be Japanese models Ayumi Seto, Yura, Anna Yano, EVA, POCHI, Kozue Kaede, Emma Tanioku and Eri Tanioku, while Neeko will be appearing as an MC.

You can find more about Moshi Moshi Nippon and the guests appearing at the so-called "Hyper Kawaii" event on the project's web site, while further information on Hyper Japan 2014 can be found here.