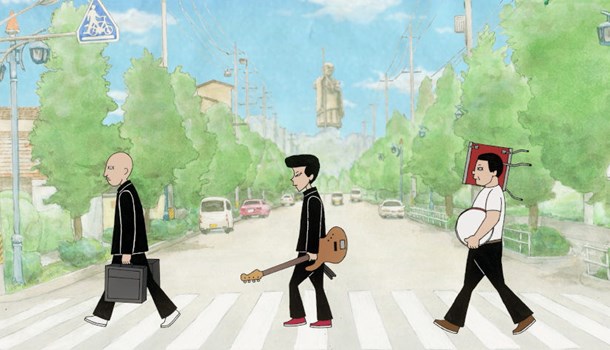 Amongst the winners of the juried awards at this year's Annecy International Animation Film Festival, the only accolade which went to anime was a win by ON-GAKU: Our Sound in the category of Best Original Music Award for a Feature Film, for its score by Banse Tomohiko, GRANDFUNK and Wataru Sawabe of Skirt and theme song by the dresscodes. The announcement of the win and the acceptance speech by staff of the movie's French distributor, Eurozoom, can be viewed below:

The indie anime feature has already won a number of awards, including the Grand Prize for Feature Animation at last year's Ottawa International Animation Festival, and it has been licensed for distribution in Northern America by GKIDS. No distribution in the UK and Ireland has yet been announced.

Other accolades went to productions from other East Asian regions: South Korea (two), China (one) and Hong Kong (one).

The festival is still running until 30 June and, thus, the Audience Awards are still yet to be announced. A 10-minute extract of ON-GAKU with English subtitles is available to view worldwide as part of the festival.