Online auction for anime cels on July 4th at 2pm 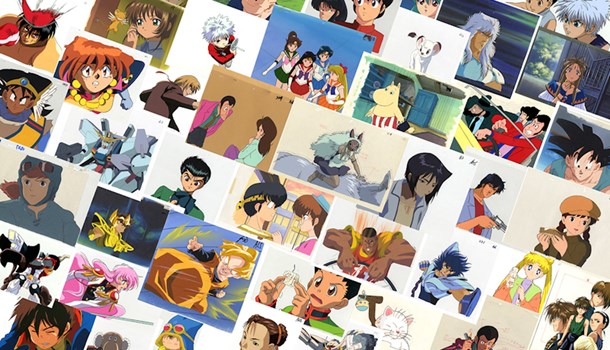 Online auction for anime cels on July 4th at 2pm

With cels from Ranma 1/2, Studio Ghibli, Ah! My Goddess, Dragon Ball and many more, there's sure to be a cel from a series you'll love.

You can preview the auction, register your interest and watch items via Easy Auction Live, Live Auctioneers and Invaluable. You only need to pick one, the same lots are on all sites.

The focus of the auction will be on authentic vintage production cels. Until 2002 Anime series and movies were produced using animation celluloids, more commonly known as cels: transparent sheets with scenes painted on, similar to frames of a live action movie. Classics such as Ghost in the Shell and My Neighbour Totoro were all created with this method.

Anime's early history with the West was quite different from the environment that exists in the present. Early adaptations were heavily edited for a foreign audience to the point where viewers might not have been aware of the Japanese origins. Attendees might recognise series and characters that they were previously unaware were anime.

Anime's growth in the West occurred concurrently with the retirement of cel production. Through Cartoon Network's Toonami in the USA and Studio Ghibli's Oscar-winning anime movie Spirited Away, a new generation of anime fans in the West was born in the 2000's. Cel-Ga.com are certain Cel Auction will be an engaging opportunity for people who are only familiar with more recent anime.

This growth has only accelerated immensely in the past decade with industry big names like Amazon starting up their own animation studios to produce, translate and license anime. Earlier this year Netflix licensed Studio Ghibli's movies for streaming release in the UK introducing an ease of access to Miyazaki's masterpieces. Cel-Ga.com are pleased to announce that they will have a selection of authentic Studio Ghibli cels up for bidding in the auction.

The founder E. Wertheim says, "We believe Cel Auction will be an opportunity for anime fans to come together and enjoy an online gallery showcasing the best of anime's history and magic from the comfort and safety of their homes."