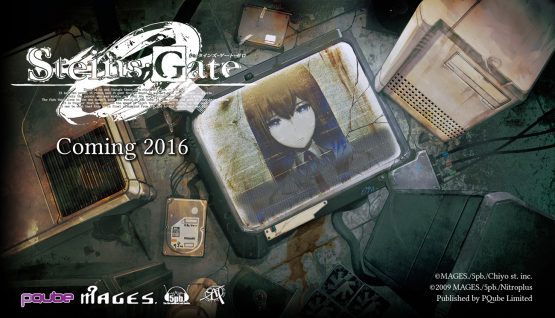 Some retailers spilled the beans a little early via product listings on their online stores, but as of this afternoon it's now been confirmed that the follow-up to the Steins;Gate visual novel, Steins;Gate 0, is coming to both Europe and North America this year courtesy of PQube Games.

The game, itself based on a series of light novels, takes the player through a story spun out of one of the endings of the original visual novel as Okabe's efforts lead him to a meeting with a neuroscientist which takes him on a whole new adventure.

Steins;Gate 0 will be coming our way on both the PlayStation 4 and PS Vita at an as-yet unannounced 2016 date. Rice Digital will be hosting a trailer of the game at this weekend's MCM London Comic Con as well as giving out free posters for the game - you can find pre-order links and more on all of these promotion and release plans on the Rice Digital web site.