Patema Inverted licensed for physical release in the UK 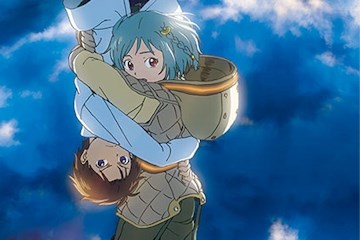 Patema Inverted licensed for physical release in the UK


We have some breaking news for you today courtesy of the Edinburgh weekend of Scotland Loves Anime, as a screening of Patema Inverted revealed that the film has now also been licensed for a future UK release.

There isn't any word on exact release plans, or indeed which distributor has picked up the license, but we'll be sure to let you know more once further details are revealed.

Our review of Patema Inverted from Scotland Loves Anime can be found right here - are you excited by the prospect of this movie reaching the UK?