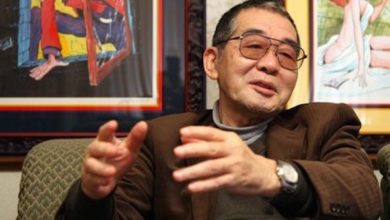 It is always hard to have to report the passing of a legendary mangaka or animator - yet today Anime news network announced the passing of Lupin the 3rd creator Monkey Punch.

Monkey Punch (real name Kazuhiko Katō) was confirmed by family members to have passed away from a bout of pneumonia on April 11th, aged 81.

Born in Hokkaido, Kazuhiko would achieve fame with his creation Lupin the 3rd, spawning multiple manga series, anime series and movies (of which castle of Cagliostro would be co-written and directed by Hayao Miyazaki) and even live action movies (1974's Strange Psychokinetic Strategy and the 2014 Lupin the 3rd).

Outside of animation He also served in judging many manga awards and regularly spoke at universities about the Manga productuon process.

He leaves behind a worldwide legacy of laughter and entertainment.