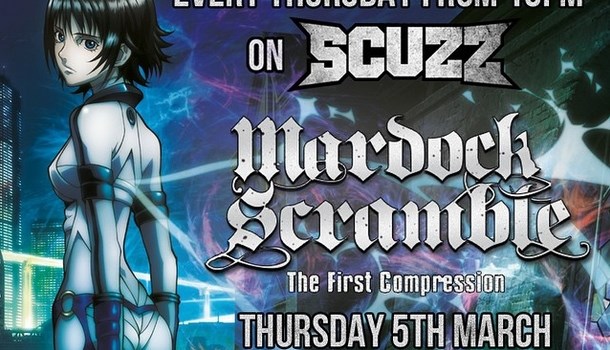 
Some of you often complain about the lack of anime on UK television, and if you count yourselves amongst that number then this might be a treat for you, as reader Laurence Green has noted that Sky television channel Scuzz are launching Animax Movie Nights starting this Thursday, March 5th at 10PM.

This slot will be running every Thursday at 10PM for the next month, showcasing an anime movie from Animax's selection - first up is Mardock Scramble: The First Compression's UK TV premiere, offering you a chance to watch the good film in the Mardock Scramble trilogy. We aren't sure what lanugage options the film will be broadcast in, but our guess would be for it to use the English language track.

If you want to check out Animax Movie Nights, you can do so on Scuzz, which broadcasts on Sky channel 367.