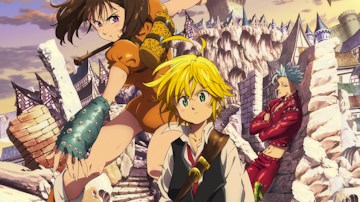 
Ever since its Japanese TV airing late last year, we've heard rumours swirling around that the anime adaptation of The Seven Deadly Sins had been snapped up by Netflix, and as of today that's proven to be true, with the entire series popping up on the service.

Thus, you can now find A-1 Pictures 24 episode adaptation of the popular fantasy action-adventure series available on Netflix UK - and what's more, it's available complete with an English dub starring Bryce Papenbrook and Erika Harlacher as well as Japanese audio with English subtitles.

If you want to check it out, simply head on over to Netflix UK.